Fisher Island, a barrier island three miles off shore of Mainland South Florida, has always been a mecca for wealthy business owners, celebrities, and investors. Celebrities such as Oprah Winfrey, Jack Nicholson, Demi Moore, Bruce Willis, Arnold Schwarzenegger, Maria Shriver, and Al Gore have all owned property on the island. The island is 217 acres of luxury featuring a private club, tennis courts, tiki bar, beach club, spa and the old Vanderbilt mansion (more on that later.) The exclusive island can only be accessed by ferry and not just anyone can cross the water onto the island. Unless you know someone who lives on the island, have a work permit, or have been otherwise invited, you will not be allowed entrance to the ferry. The island is a safe haven for movie stars and moguls who want to escape the hustle and bustle of South Beach without sacrificing the killer ocean views. 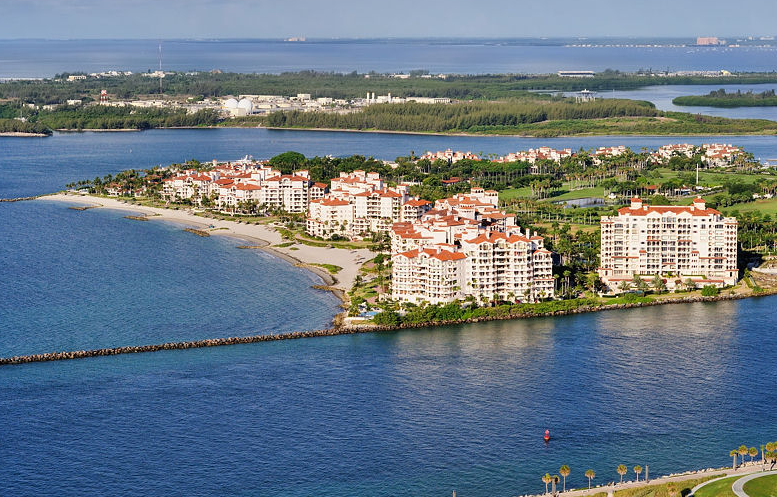 The 217-acre island was created in 1905 by a dredging and land reclamation project. Construction of the island began in 1919 when Carl G. Fisher, a land developer, purchased the property from real estate developer Dana A. Dorsey, southern Florida’s first African-American millionaire. In 1925, William Kissam Vanderbilt II traded a yacht to Fisher for ownership of the island. After Vandebilt’s death ownership of the land traded hands multiple times (it once even partially belonged to former U.S. Vice President Richard Nixon.) After years of ownership battles further development began on the island. Originally a one-family island, developers began to build in the 1980’s adding condominiums with architecture matching the 1920’s Spanish style mansions already on the island. 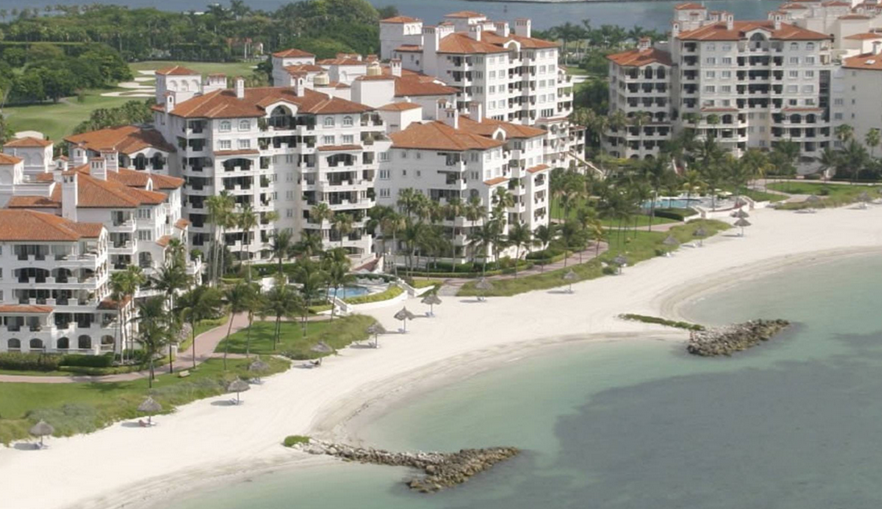 Today, the island is home to a private marina and Fisher Island Day School, which covers Pre-Kindergarten through 5th grade for both on and off island residents. Lexie and Robert Potamkin and Valerie and Michael Pearce founded the school in 2001. The island was also featured in the movie The Birdcage and in the Tom Wolfe novel Back to Blood. 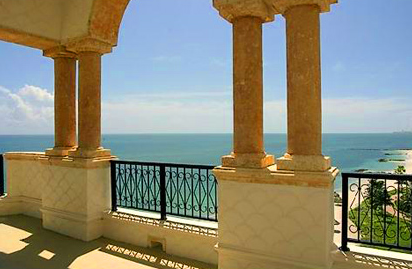 Pictured: View from a home on Fisher Island

Looking to purchase a home on Fisher Island? Expect to pay upwards of $2 million. Some homes on the island are currently listed at over $10 million. Most Fisher Island inhabitants don’t live on the island full time, instead they use the luxury condos as vacation homes where they stay during the mild Miami winter. 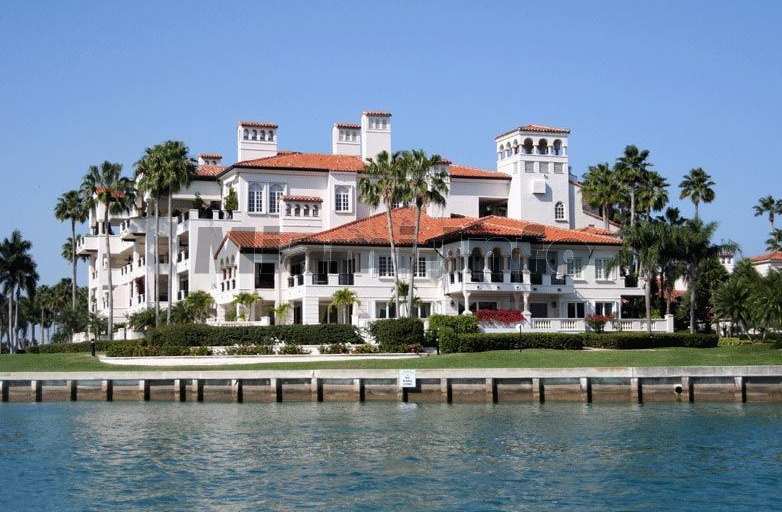 In 2010, Fisher Island had the highest per capita income of any place in the United States. It’s a gorgeous place to live, if you have the cheddar.