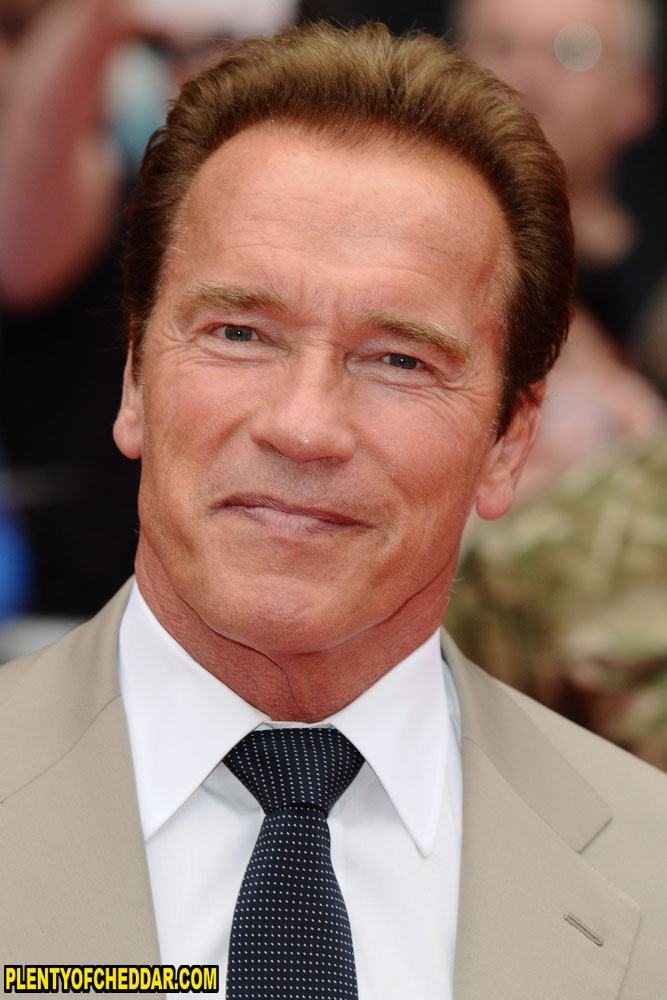 Arnold Schwarzenegger has an estimated net worth of $300 million

Arnold Schwarzenegger is an Austrian-born former American bodybuilder, actor, investor, businessman, and politician with an estimated net worth of $300 million. He is 6’2″ and weighs 249 pounds. The younger of two sons, Arnold Alois Schwarzenegger was born on July 30, 1947 in Thal, Austria. While serving in the Austrian army, eighteen year old Arnold began an interest in bodybuilding and soon began winning many prominent competitions around Europe. After relocating to the U.S. in 1968, he earned an impressive three Mr. Universe titles and seven Mr. Olympia titles, as well as starring in the 1975 bodybuilding documentary Pumping Iron.

After making the transition from bodybuilder to actor with roles in Hercules in New York (1970) and Stay Hungry (1976), Arnold earned his breakthrough role in 1982’s box-office hit Conan the Barbarian. His most recognizable acting role came in 1984 in the first installment of the mega-blockbuster trilogy The Terminator. Successful films Commando (1985), Predator (1987) and The Running Man (1987) followed over the next few years launching the actor to superstardom. Over the next two and half decades, Arnold established himself as one of the world’s largest action stars with films Total Recall (1990), True Lies (1994), Eraser (1996) and The Expendables (2010).

In 2003, Arnold threw his hat in the ring of politics when he ran for and won the office of governor of California. He had great success in his first term, improving the state’s financial situation and working to improve environmental issues, and in 2006 easily won his bid for re-election. After leaving office in 2011, Arnold returned to showbiz reprising his role in The Expendables 2 (2012) and with roles in The Last Stand (2013) and Escape Plan (2013). The actor/politician is an avid supporter of the Special Olympics and the Inner City Games Foundation, which he founded in 1995 to provide community enrichment programs to inner city youth. In 2011, Arnold made headlines when it was revealed that he fathered a child with his housekeeper during his 25 year marriage to TV journalist Maria Shriver. Although separating in 2011, the couple has yet to divorce and continue to co-parent their four children together.

Arnold Schwarzenegger has an enough net worth to buy:

Arnold Schwarzenegger has enough net worth to give everyone in Indonesia $1.