The wealthiest people in the world are just like us. They love feeling the wind in their hair, the sand beneath their toes, and the tinkling of their butler’s bell when they need more sunscreen. When celebrities want to get away from it all they take to the seas on their mega luxury yachts. While normal people are perfectly fine with an afternoon out on the open water in a skipper, the wealthiest celebrities are cruising the seven seas in high style aboard the world’s most exclusive mega yachts. The following are the top five most expensive yachts to ever sail the high seas: 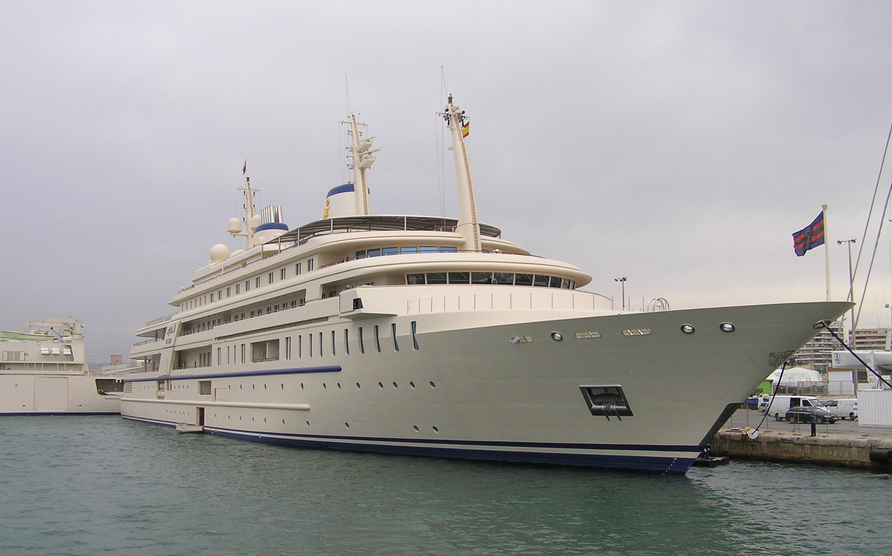 Sultan Qaboos Bin Said Al Said is the ruler of Oman and the owner of this luxury ship. The 331 foot boat requires a staff of 154 crew members to run and operate the beautiful machine. The vessel can house up to 70 people and even has a concert hall that can host a medium sized orchestra. Because there’s nothing worse than having to listen to Beethoven on an iPod. 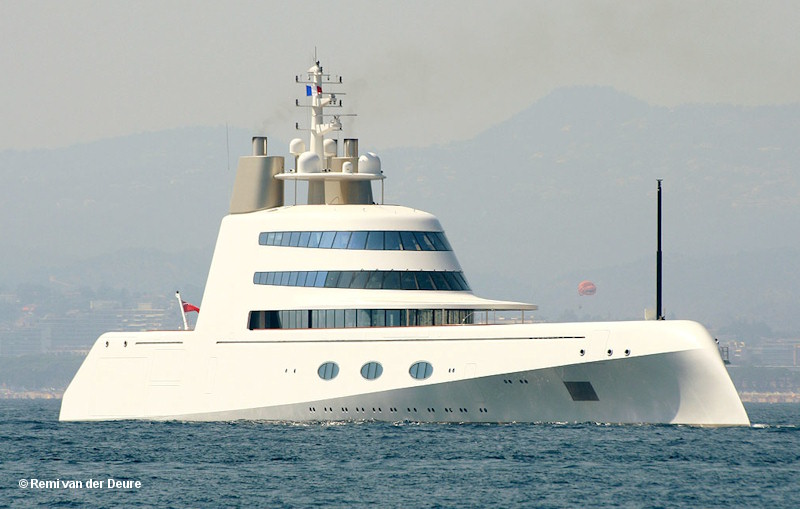 Russian billionaire Andrei Melnichenko is cruising around the ocean in this Philippe Starck designed 393 foot yacht that has become the most talked about ship since the Titanic. The mega yacht is a modern design marvel with incredible features such as a hand carved $60,000 stairwell bannister, a master suite only accessible via fingerprint, and thousands of dollars of Baccarat crystal. 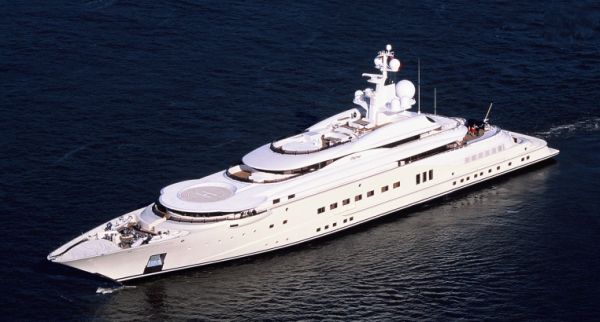 Sheikh Mohammed bin Rashid al Maktoum (the ruler of Dubai) is the owner of this 525 foot super yacht known as both the Dubai and the Platinum 525. The massive ship has a swimming pool, full service spa, and it’s only berth on Palm Island across from the summer palace of HRH Sheik Mohammed. 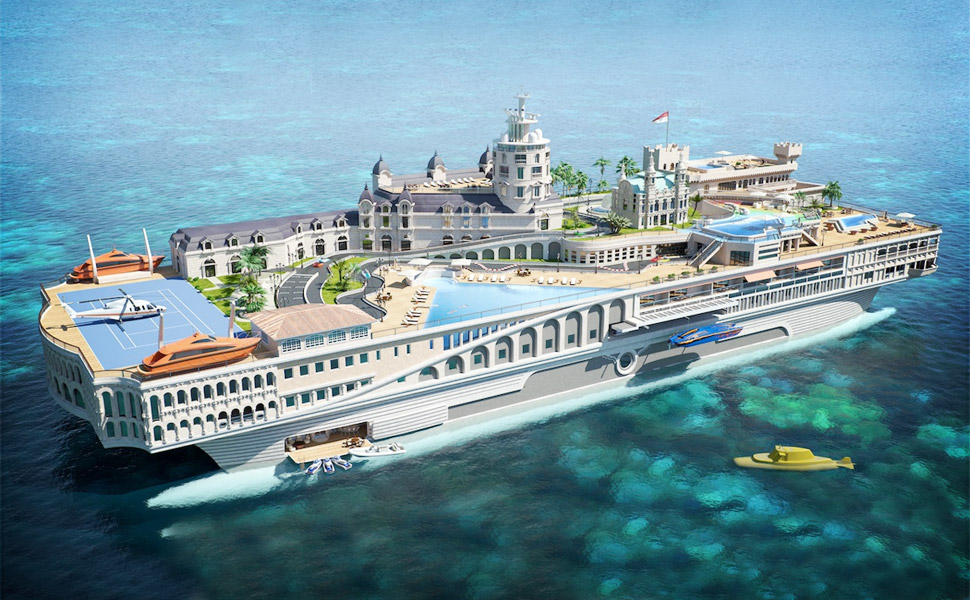 This yacht is modeled after the glamorous Mediterranean city-state of Monaco. The yacht features exact replicas of the Monte Carlo Casino, the Hotel de Paris, La Rascasse, even a swimming pool designed to look like a beach. The floating mini-city is the brainchild of Yacht Island Design, a firm known for its extravagant designs and outlandish yacht prices. There is no word yet on who will own this island-cum-ship but one thing is certain, they’ll have to have plenty of cheddar. 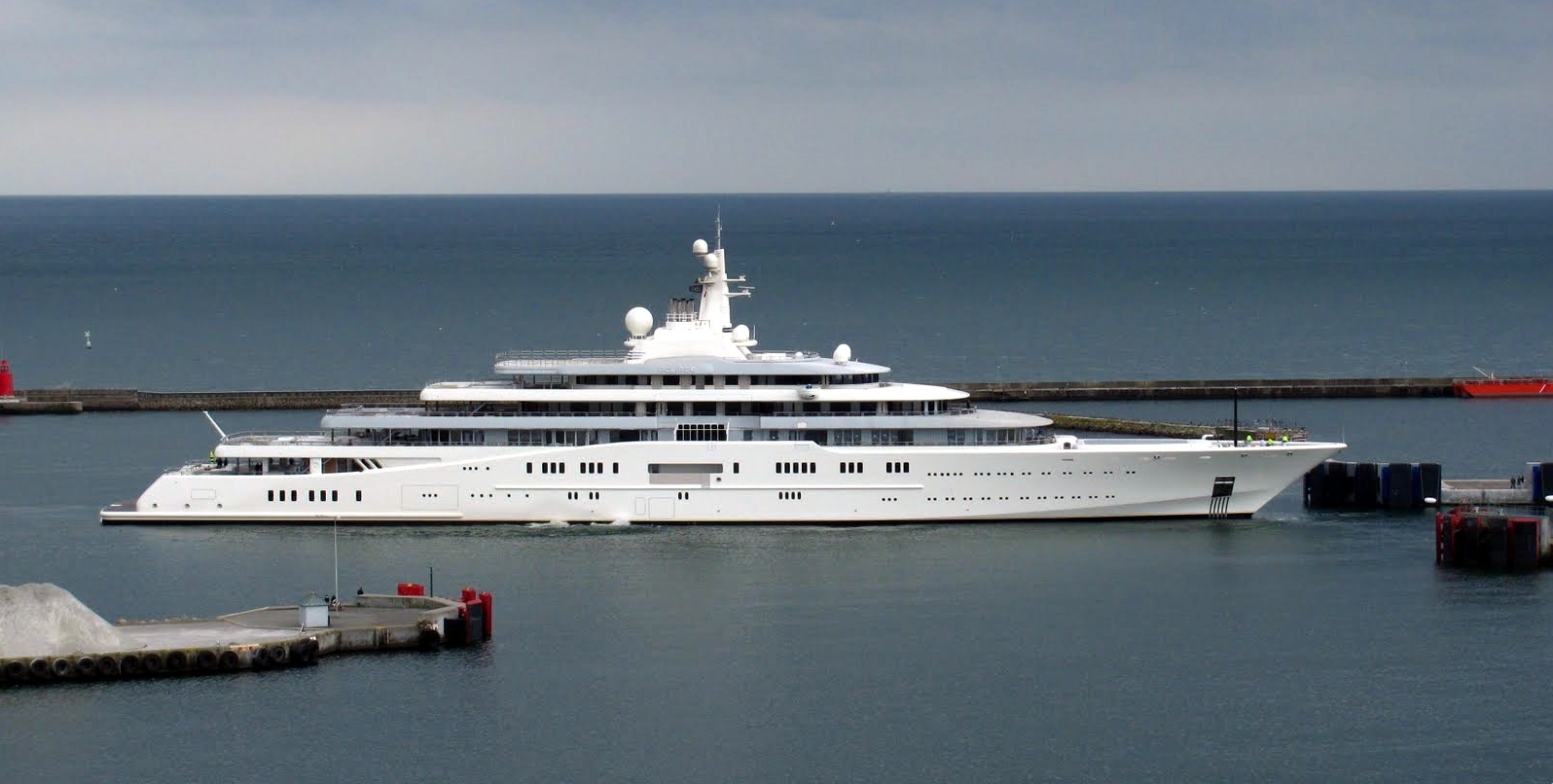 The winner of most expensive mega yacht goes to Russian billionaire and owner of the Chelsea football club, Roman Abramovich. His beautiful vessel is 560 feet of pure elegance. His 70 member crew helps maintain the ship’s aquarium, two swimming pools, two helicopters, and mini submarine. The boat even features an anti-paparazzi system that prevents paparazzi from taking unwanted photos. How’s that for privacy protection?