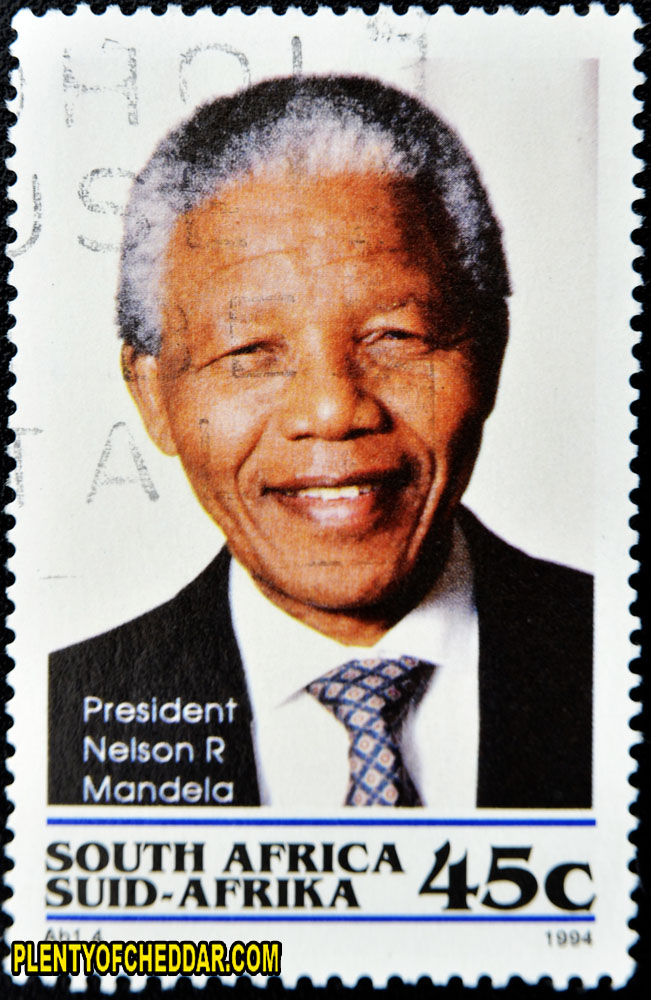 Nelson Mandela had an estimated net worth of $1.5 million

Nelson Mandela was a South African anti-apartheid revolutionary and politician with an estimated net worth of $1.5 million. He was 6’0″ and weighed 155 pounds. Nelson Rolihlahla Mandela was born in Mvezo, Eastern Cape Province, South Africa on July 18, 1918. His parents gave him the middle name Rolihlahla, which is a Xhosa term  for “troublemaker”. Little did  they know that later on their little bundle of joy would live up to that name.

Mandela was raised predominately by Chief Jongintaba Dalindyebo and his wife Noengland after the death of his father. The couple treated him just as if he was their own child. Mandela became the first in his family to get baptized as a Methodist and receive a formal education. At school he was deeply interested in geography and history, especially African history. He enjoyed listening to elder’s tell tales about his ancestors and anti-imperialistic rhetoric. He learned that African people lived in peace as brothers and sisters until the invasion of white people. Over years that fellowship was shattered as South Africa became ruled by the white man.

When Mandela was sixteen he partook in the traditional African circumcision ceremony. This ceremony marked a boy’s transition into manhood. While at the ceremony, Chief Meligqili spoke about how the men were enslaved in their own country. They were controlled by white men and could never govern themselves. They would live a life of struggle while working menial jobs for white men. The speech from the Chief strongly influenced Mandela’s dream for an independent South Africa.

He went on to attend University College of Fort Hare in 1939. At the time, this university was the only residential institution of higher learning for blacks in South Africa , it was also Africa’s equivalent of Oxford or Harvard. He focused on Roman Dutch Law in preparation for a career as an interpreter or clerk in the civil service- this was the highest position a black man could obtain at that time. During his second year at the school Mandela was elected to the Student Representative Council. Frustrated with the lack of power that the SRC held, he resigned from his position to make a stance. For his actions, Mandela was expelled from the Forte Hare.

When he returned  home Chief Jongintaba Dalindyebo was furious at his adoptive son. He decided it was time to properly plan his son’s future so he arranged a marriage for him. Mandela was not pleased with the forthcoming arrangement. He felt trapped and believed there were no other options so he ran away from home. He moved to Johannesburg and worked odd jobs while studying law at the University of Witwatersrand.

In 1942 Mandela become involved in the anti-apartheid movement and joined the African National Congress. Within the group he became active with a sub-group called the African National Congress Youth Group. The group didn’t agree totally with the ANC’s polite tactics, they believed in having boycotts, strikes, civil disobedience, and non-cooperation. The group’s goals were to have free and mandatory education for all children, full citizenship, redistribution of land, and trade union rights. Eventually Mandela formed the law firm Mandela and Tambo. The firm provided free and low-cost representation to disenfranchised blacks.

After years of non-violent protests, Mandela believed that the only way to achieve equality was to adopt some of the ways of the Pan-Africanist Congress, a black militant group. He co-founded Umkhonto we Sizwe which used guerrilla warfare to end apartheid. He orchestrated a three-day workers’ strike. For leading the strikes, Mandela was sentenced to five years in prison. In 1963 he was brought to trial again and was sentenced to life in prison for sabotage and treason.

Nelson Mandela spent 27 years in prison. While locked up he fell ill with tuberculosis, because he was a black political leader he received minimal medical care. The global community pushed for the release of Mandela. Due to increased pressure, in 1985 President P.W. Botha offered Mandela his freedom if he denounced armed resistance. Mandela turned down the offer. Over the course of a couple of years the South African government offered deals that Mandela turned down. President Botha suffered from a fatal stroke and Frederik Willem de Klerk took office as the country’s President. On February 11, 1990 Mandela was released from jail. President De Klerk also abolished apartheid, unbanned the ANC, established multiracial elections, and ended restrictions on political groups.

On May 10, 1994 Nelson Mandela was elected as the first black President of South Africa. As the leader of the nation, Mandela worked to combat poverty, expand healthcare services, redistribute land, investigate past human rights’ offenses, tackle institutionalized racism, ease racial tensions, and form a new constitution. On June 24, 1999 Nelson Mandela retired from politics a the age of 81. During his political retirement he worked to raise money to build schools in rural South Africa. In 2004, Mandela announced his retirement from the public life, he returned to his native village of Qunu.

For his incredible years of service to South Africa and the human rights movement, Mandela received hundreds of accolades during his lifetime, some of which include: 1993 Nobel Peace prize, US Presidential Medal of Freedom, Soviet Order of Lenin. South Africans widely consider him as “the father of the nation.” Nelson Mandela passed away December 5, 2013 at his home in Johannesburg at the age of 95.

Nelson Mandela had enough net worth to buy:

Nelson Mandela had enough net worth to give everyone in Trinidad & Tobago $1.

4 thoughts on “Nelson Mandela Net Worth”