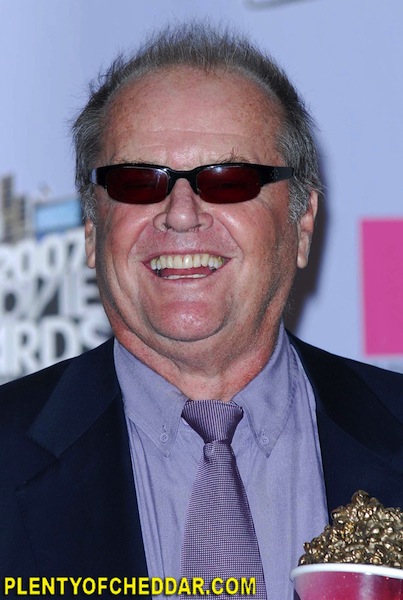 Jack Nicholson has an estimated net worth of $400 million

Jack Nicholson is an American actor, producer, director and writer with an estimated net worth of $400 million. Nicholson is 5’10” and weighs 200 pounds. John Joseph Nicholson was born April 22, 1937 in Neptune City, New Jersey.  Nicholson’s mother, June, was a showgirl, and there is some disagreement about who his biological father was, although he was raised by his grandmother. Nicholson believed his grandmother was his mother, and that his mother was his sister until 1974 when a journalist revealed the truth. By that time, both his mother and grandmother had passed away. He went to school in New Jersey but moved to California after graduation to pursue a career in film. At first he worked as a gopher and then as an animator before quitting to find work as an actor.

Nicholson made his big screen debut as the lead in the low-budget The Cry Baby Killer in 1958 and spent the next decade landing several roles, none of which garnered him too much attention. His break came in the iconic movie Easy Rider, where the role “George Hanson” fell into his lap and he eventually was nominated for an Academy Award. From there, the roles got bigger and his performances more intense, including Five Easy Pieces (1970), The Last Detail (1973) and Roman Polanski’s Chinatown, the last two of which earned him Oscar nominations. He won his first best actor award in One Flew Over the Cuckoo’s Nest (1975). The 1980s may have been Nicholson’s most prolific and successful decade, starting with his role in The Shining (1980), his second Oscar for Terms of Endearment (1983) as well as such notable films as The Postman Always Rings Twice (1981), Reds (1981), Prizzi’s Honor (1985), The Witches of Eastwick (1987) and Broadcast News (1987). He capped the decade off playing “The Joker” in Batman, a movie which earned him $60 million because of a percentage deal negotiated with producers.

In the 1990s, Nicholson continued to be at the top of Hollywood’s A-List actors with such roles a Colonel Nathan Jessup in A Few Good Men, the title character in Hoffa and as Melvin Udall in As Good as It Gets, for which he won his third Oscar. Nicholson’s career has tailed off somewhat in the new century, although he continued to garner praise for roles in Somethings Gotta Give (2003) and The Departed (2006). Nicholson has four children, from three different women. He was only married once but his relationships have long been the stuff of Hollywood legend. His appearance at major sporting events, especially Los Angeles Lakers’ game over the past 30 years, continually put him in the public eye and practically the definition of Hollywood royalty.

Jack Nicholson’s Net Worth Could Buy:

Jack Nicholson has enough net worth to give every person in the United States $1.26