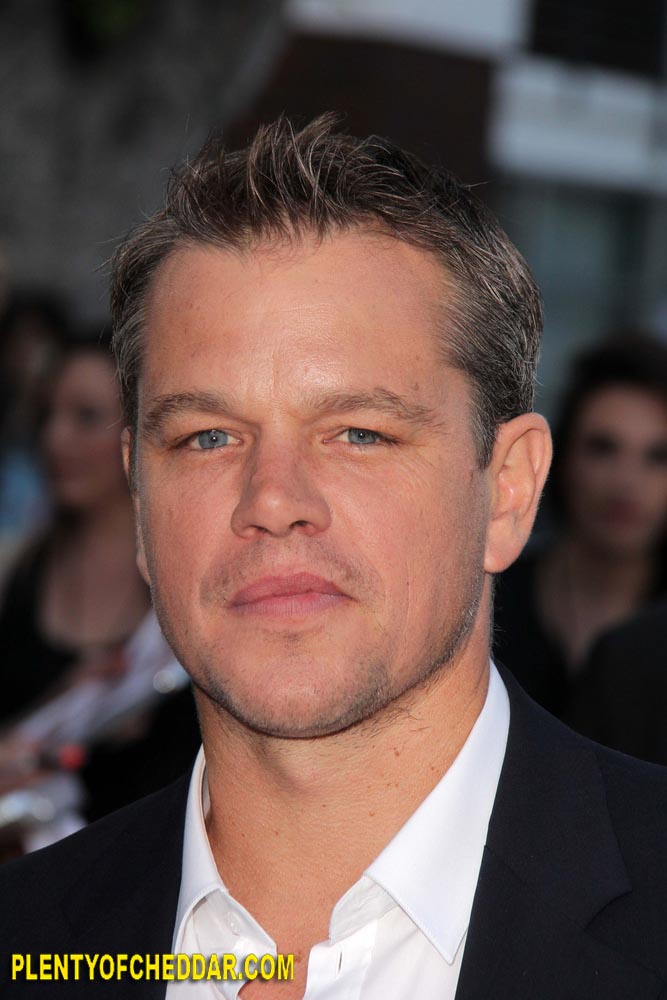 Matt Damon has an estimated net worth of $65 million dollars

American actor Matt Damon has an estimated net worth of $65 million . Damon is 5’10″ and his weight is 190 pounds. Matthew Paige Damon was born on October 8, 1970 in Cambridge, Massachusetts. Damon has starred in is the successful Bourne and Ocean’s film series. Damon’s father was a stockbrocker, while his mother was a college professor. The family moved to Newton when Damon was very young but he, his brother and mother moved back to Cambridge when his parents divorced. Growing up, he showed interest and talent in acting and was friends with future actor and collaborator Ben Affleck, who lived in the same neighborhood. The pair would act together in several high school plays and auditioned for acting work. Damon was accepted to Harvard and attended from 1988 to 1992 but did not graduate, deciding to leave to Hollywood before finishing in the hopes of making it big.

Damon’s acting debut came at 18 with a brief stint in the successful rom-com Mystic Pizza in 1988. He would continue to get sporadic work or the next few years, including on some big productions, like TNT’s The Good Mother, Kevin Costner’s award winning Field of Dreams (although Damon was just an extra)  and as part of the cast of 1992’s School Ties starring Brendon Frasier. Damon thought he got his big break in 1993 when he had a significant role in Geronimo: An American Legend, but the film underperformed and his stellar work went largely unnoticed in the mainstream. Still, Damon began gaining the attention of casting directors and had roles in Glory Daze and a moving turn in Courage Under Fire. Damon would finally hit the big-time in 1997 with Good Will Hunting, a script he co-wrote with Affleck and which he starred in. The movie was a commercial box office smash and earned Damon an Oscar for screenplay and another nomination for best actor.

Good Will Hunting established Damon as a force in Hollywood and his star would only get brighter as he was cast in a series of big movies over the next couple of years including The Rainmaker, Rounders and Saving Private Ryan. In 1999 he gained more acclaim for his title role in The Talented Mr. Ripley. Over the next decade, Damon would establish himself at or near the top of Hollywood’s exclusive A-List as he starred in numerous major films, including The Bourne and Ocean’s franchises which helped him become one of the top-40 highest grossing actors of all time. He continues to be among the biggest leading men in Hollywood, while still establishing himself as one of the most talented actors and a favorite of critics. Damon was voted the Sexiest Man Alive by People in 2007, has a star on the Hollywood Walk of Fame and is involved in many charitable organizations. After dating several celebrities, he married a bartender he met in Miami and the couple has three daughters together and are raising another child.

Matt Damon’s Worth Could Buy:

Matt Damon has enough net worth to give almost every person in France $1.