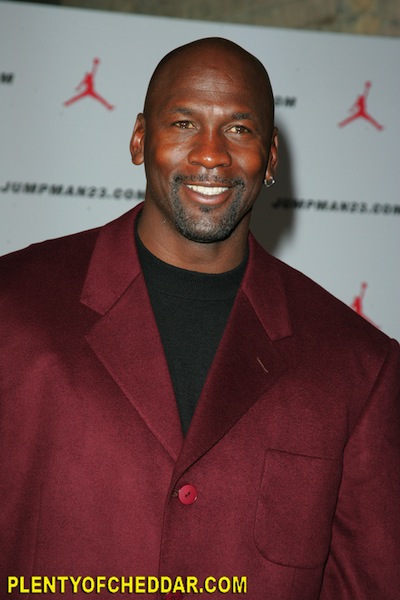 Michael Jordan has an estimated net worth of $650 million.

Michael Jordan is a former professional American basketball player and current owner of the Charlotte Bobcats with an estimated net worth of $650 million dollars.  Jordan is 6’6″ tall and weighs 225 pounds. Michael Jeffrey Jordan was born on February 17, 1963 in Brooklyn, New York. While still a toddler, Jordan’s family decided to move to Wilmington, North Carolina. Jordan excelled at several sports throughout his youth, but could not make the varsity basketball team as a sophomore at EmsleyA.LaneyHigh School – he was deemed too short. He grew 4 inches that summer and earned a spot on the varsity as a junior and was dominant as a senior, averaging a triple-double – 29.2 points, 10.1 assists and 11.6 rebounds. After being named a McDonald’s All-American, he accepted a scholarship to play for Dean Smith at the University of North Carolina.

Jordan’s freshman year at UNC was a harbinger of things to come as he averaged more than 13 points a game on his way to being named ACC Freshman of the Year. More importantly, he hit the game-winning shot in the 1982 NCAA Championship Game. After winning the Wooden and Naismith College Player of the Year awards in his junior year, he skipped his senior season and entered the NBA Draft, where he was selected third by the Chicago Bulls. From the onset, Jordan revitalized the Bulls as he averaged 28.2 points a game on his way to being named Rookie of the Year. Jordan ushered in a new dynamic era in the NBA, with athleticism and skill never seen before. He enjoyed individual and team success, winning 10-scoring titles, being named an NBA All-Star 14 times, winning 5 Most Valuable Player titles and leading the Bulls to six NBA Championships. After leading the Bulls to their first three titles (1991-1993), Jordan retired from basketball after the murder of his father, James, and to pursue a short-lived and unsuccessful baseball career. He returned to lead the team to three more titles (1996-1998) before a second retirement. He again returned, however, to play for the Washington Wizards from 2001 to 2003. He is generally considered the greatest basketball player ever.

Jordan’s impact transcended basketball as he led the most successful sports marketing partnerships in history with Nike. The Air Jordan brand launched in the mid 1980s and the Jordan Brand subsidiary continues its popularity today earning over $2.5 billion in sales each year. Jordan’s reach continued to expand with major commercial endorsements from Gatorade, Hanes and others. His popularity soared in the mid-1990s when he even starred in the animated 1996 feature film Space Jam as himself. After retiring from basketball for good, he bought a majority interest in the Charlotte Bobcats and continues to be one of the most recognizable and best paid athletes in the world.

Michael Jordan’s Net Worth Could Buy:

Michael Jordan has enough net worth to give every person in the United States $2.05