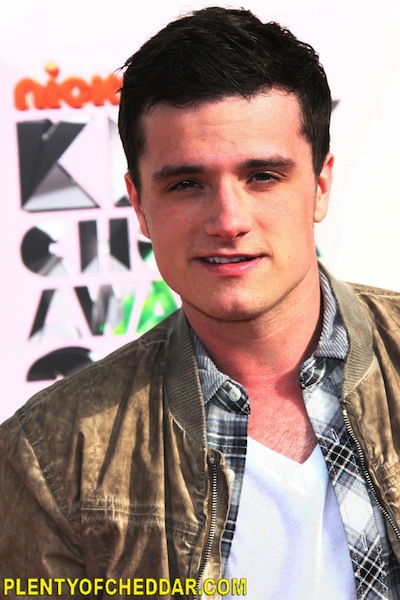 Josh Hutcherson has an estimated net worth of $2 million

Josh Hutcherson is an American actor with an estimated net worth of $2 million. Hutcherson is 5’6″ and weighs 140 pounds. Joshua Ryan Hutcherson was born on October 12, 1992 in Union Kentucky. Hutcherson’s mother is a former airline employee, while his father worked for the Environmental Protection Agency. Hutcherson expressed an interest in acting early on but began auditioning as a 9-year old, after which he moved to California to expand his options. After landing a couple of roles as a child on television (including in an episode of ER), Hutcherson’s career quickly went into overdrive as he gained the lead in an Animal Planet movie called Miracle Dogs, starred opposite Peter Falk and Timothy Daly in Wilder Days and had a small role in American Splendor, while also being part of Tom Hanks’ Polar Express.

Hutcherson steadily kept working his way up Hollywood’s hierarchy of child actors and appeared in several films in 2005 including Kicking and Screaming with Will Ferrell and playing the lead in Little Manhattan and Zathura. His work alongside heavyweight actors would continue the next year, starring in RV with Robin Williams. Hutcherson then starred in Journey to the Center of the Earth and several other pictures before taking an important part in The Kids Are All Right, starring Annette Benning, Julianne Moore and Mark Ruffalo. Hutcherson’s starmaking role would come when he was cast as “Peeta Mellark” in The Hunger Games released in 2012.

Working alongside Jennifer Lawrence in the lead role, Hutchersons’ stature has reached worldwide proportions and he’s already reprised his role in the second Hunger Games film of three planned. He’s also part of another successful franchise, Journey to the Center of the Earth, also slated for three films. Hutcherson’s private life has become fodder for paparazzi and his relationship with co-star and singer Vanessa Hudgens was well publicized. He hosted Saturday Night Live in 2013.

Josh Hutcherson’s Net Worth Could Buy:

Josh Hutcherson has enough net worth to give every person in Latvia $1.