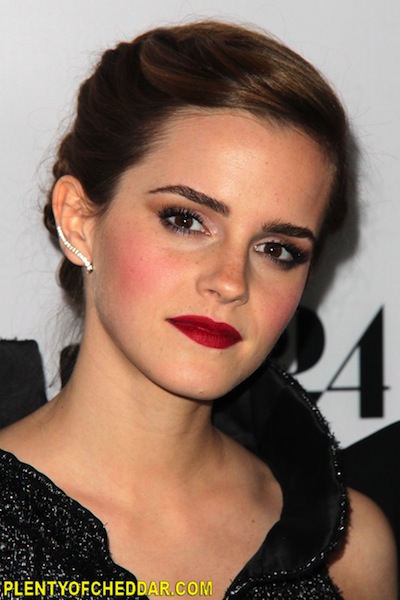 Emma Watson has an estimated net worth of $50 million

Emma Watson is a Parisian-born British actress with an estimated net worth of $50 million dollars. Watson is 5’5″ tall and weighs 110 pounds. She is best known for her portrayal of “Hermoine Granger” in the Harry Potter series of films. Emma Charlotte Duerre Watson was born on April 15, 1990 in Paris, France. The daughter of two English lawyers, Watson and her family left France for England when she was five after her parents divorced. Soon after she said she knew she wanted to be an actress and took theater lessons in Oxfordshire, where she moved with her mother and brother. Although she starred in several local theater and school plays, Watson would not work professionally until she was cast in what would become the highest grossing movie franchise in history.

Watson was cast as the lead female role, Hermoine Granger, in Harry Potter and the Sorcerer’s Stone in 1999 – when she was only 9 years old. She would go on to star in all 8 films in the series. Despite her young age and the fact that it was her debut film, Watson’s performance was roundly praised, as were most of her follow-up performances as the character.  While the movie franchise took up most of her professional life for the next decade, her mass appeal led to other professional work, including her first non-Potter role, 2007’s Ballet Shoes, and a modeling career starting in 2009 when she was contracted to be the face of Burberry’s 2009 Winter/Fall campaign and subsequently was signed by Lancôme.

Since the Harry Potter series ended, Watson has worked steadily in a number of high profile roles, including the movies, My Week with Marilyn, The Perks of Being a Wallflower, This is the End (where she played herself), The Bling Ring and Noah. She has been ranked in the top 100 Sexiest Women list by FHM for six years running. Although her hectic schedule has forced her to curtail her studies on several occasions, Watson has said that she wants to return to school and eventually graduate from college.

Emma Watson’s Net Worth Could Buy:

Emma Watson has enough net worth to give every person in Colombia $1.05.