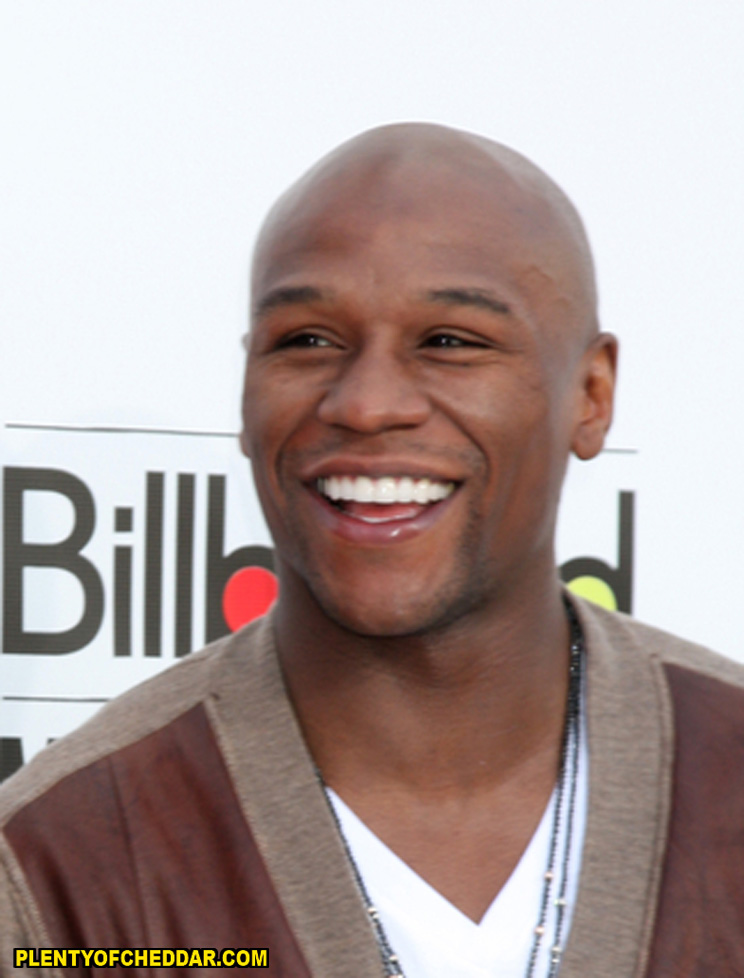 On September 14, 2013 Floyd “Money” Mayweather Jr. will make more money in one night than any other fighter in the history of boxing. His payday for facing off against Saul “Canelo” Alvarez is reported to be a record breaking $41.5 million dollars. The fight for junior middleweight title will be held at the MGM Grand in Las Vegas, Nevada and will be available for purchase on Pay-Per-View.

For every minute of the fight Mayweather will make $691,666.67. Forbes estimates that the total amount of money he makes from the fight could increase provided he gets a cut of the Pay-Per-View profits. The 36-year-old boxer was the highest paid athlete for any sport over a 12-month period last year. He might be able to claim that title again after his earnings from the Mayweather-Canelo fight are totaled.

Mayweather has spent the last few weeks flying around the country with his entourage in a Gulstream IV and a Gulfstream V promoting his fight. ESPN traveled with the boxer during his press junket and reported on his lavish lifestyle.

In New York, Mayweather spent close to a quarter of a million dollars on earrings and necklace for his 13-year-old daughter, Iyanna. He ordered chicken strips and French fries for the entire store while he haggled over the prcie of a $3.5 million dollar watch. After shopping he hops on his private plane and receives a foot massage from his private masseuse, Doralie, who rubs his feet while she wears Valentino stilettos.

ESPN lovingly calls him the last of the “old-school, carny-barker showmen” and it’s true. He is currently 44-0 and one fight into his 30-month, six-fight, reportedly $300 million deal with Showtime. If he wins all his fights he will be 38 and 49-0, the same as mythical champion Rocky Marciano. If he was able to achieve his 49-0 record without a contract there is no telling what kind of sum he could request for another fight.

But perhaps the best part of ESPN’s Mayweather story is the insight into his bank account. Mayweather doesn’t believe in modern banking. Instead, when he needs to make a withdrawal he drives to the bank, speaks to the teller and requests a bank statement. The only difference between normal people and Mayweather? He has only one checking account. And that checking account contains over $123 million dollars. One account. Over $123 million dollars. Seriously.