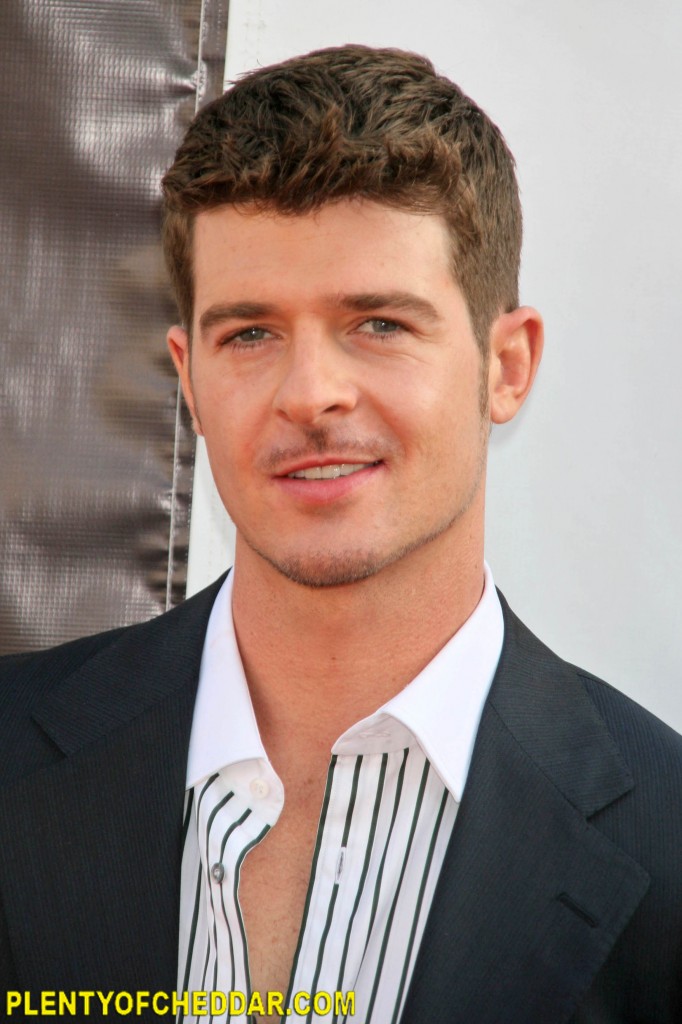 Robin Thicke has an estimated net worth of $15 million.

Robin Thicke is an American R&B singer and songwriter with an estimated net worth of $15 million dollars. Thicke is 6’1″ and weighs 190 pounds. Robin Alan Thicke was born on March 10, 1977 in Los Angeles, California. Robin comes from artistic parents as his father, Alan, is a well known actor who played Dr. Jason Seaver on the 1980s sit-com Growing Pains, while his mother, Gloria Goring, is an actress and singer. Robin is married to actress Paula Patton and the two have a son, Julian Fuego Thicke. Robin initially got into the music business as a songwriter collaborating with such artists as Cristina Aguilera, Brandy and Jordan Knight.

Robin began working on his debut performing album, Cherry Blue Skies, in 2000 and he released his debut single, “When I Get You Alone” in 2002. The single gained a degree of success domestically but did better internationally and led to the release of his first album, renamed A Beautiful World, in 2003. Robin began working on his second album, The Evolution of Robin Thicke, in 2005 and it turned out to be more successful leading to a tour opening for John Legend. The album, released in 2007, contained what would be his breakout hit, “Lost Without U,” which topped the Billboard Hot R&B/Hip-Hop Songs charts. The album sold over 1.5 million copies and established Robin as a commercial success.

Robin would release his third and fourth albums in 2008 and 2009, with both performing well and featuring collaborations with major artists, including Jay-Z. Robin’s celebrity continued to grow as he made numerous television appearances.  His fifth album, Love After War, enjoyed similar success after its release in 2011, and Robin followed that up by making his feature film acting debut starring with Jaime Pressley in Abby in the Summer. He was also a judge on ABC’s Duets. Robin’s greatest success, however, would come in 2013 with the release of the album Blurred Lines with the lead single of the same name. The song and its provocative video have become a worldwide sensation. The song hit No. 1 on the Billboard Hot 100 and the video, which features naked women, got more than 1 million views in days after its release. It was eventually banned from Youtube. Robin performed the song controversially with Miley Cyrus in the 2013 MTV Video Music Awards as she “twerked” around the stage and up against him.

Robin Thicke’s Net Worth Could Buy:

Robin Thicke  has enough net worth to give every person in Senegal $1.10.