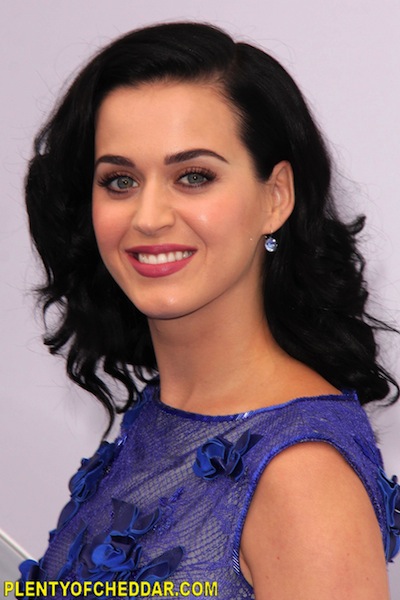 Katy Perry has an estimated net worth of $55 million.

Katy Perry is an American singer with an estimated net worth of $55 million. Perry is 5’9″ and weighs 130 pounds. Katheryn Elizabeth Hudson was born on October 25, 1984 in Santa Barbara, California. She was married to comedian Russell Brand from 2010 to 2012 and is currently in a relationship with musician John Mayer. Her parents were pastors and she grew up with religion dominating much of her social and cultural experience. She sang in church choirs and listened mostly to gospel music. During her freshman year of high school, she decided to take her GED and then dropped out to pursue a career in music. At 15, her church singing attracted the attention of musicians from Nashville and was eventually signed to a Christian music label where she recorded her first album. It was not successful and the label eventually folded with Katy deciding to move to Los Angeles to further her career.

At 17, Katy began working with established recording professionals at The Island Def Jam Music Group but an album never materialized, although one of the songs she recorded was used in the 2005 movie The Sisterhood of the Traveling Pants. Next she signed with Colombia Records, but it dropped her from the label before finishing her album. Still, she caught the attention of an executive who recommended her to a new label, Capitol Music Group. Using some previously recorded tracks, along with some edgier new recordings – including “I Kissed a Girl” — and some intelligent marketing and press strategies, the label created buzz around Katy’s debut One of the Boys album. Katy toured promoting the album and when “I Kissed a Girl” debuted in 2008 it would go on to be No. 1 on the “Billboard Hot 100” list. The album soon followed and reached No. 9 on the Billboard 200 and eventually was certified platinum.

The success of One of the Boys established Katy as a force in the music industry and her follow up, Teenage Dream in 2010 and it topped the Billboard 200 chart with sales of 190,00 units in one week. The album featured five number one Hot 100 songs as she became the first female singer to ever achieve the record, and only the second musician (Michael Jackson was the other) to do so. Katy’s status as a major worldwide celebrity was cemented and she began appearing in television (hosted Saturday Night Live, Sesame Street, appeared on X Factor, etc.)  and movies (voiced character in The Smurfs and released the documentary Katy Perry: Part of Me). Katy released her fourth albumin, Prism, in 2013, which is again achieved widespread success.

Katy Perry’s Net Worth Could Buy:

Katy Perry has enough net worth to give every person in South Africa $1.03.