Celine Dion the “greatest singer in deeeeeeee wuuuuuhrld” has something else pretty great—her own private at-home water park. The diva claims she can’t take her children to a normal water park without dealing with the paparazzi so she did what any normal person would do…she built her own private water park in her backyard.

Her oceanfront home in Jupiter, Florida was already impressive before the park was built. The eight-bedroom home is built on three properties. She purchased the main lot and then two neighboring homes for $20 million a few years ago. In 2010, she and husband Reneé Angélil began construction on their new and improved water park home which now spans 10,000-square-feet. The home has five other pavilions including a beach house, pool house, tennis center, and massive guest house all on ocean front property. 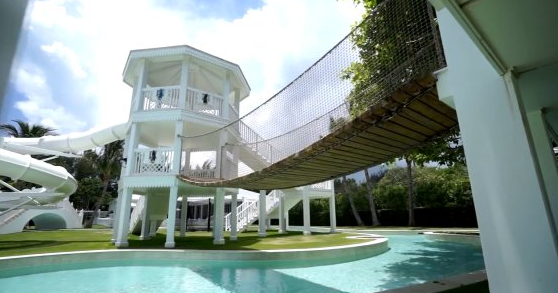 Oh, and did I mention it also has an automated shoe and clothing closet? It is currently the largest waterfront estate on Jupiter Island, which is quite an expensive feat, considering one of her neighbors is Tiger Woods. 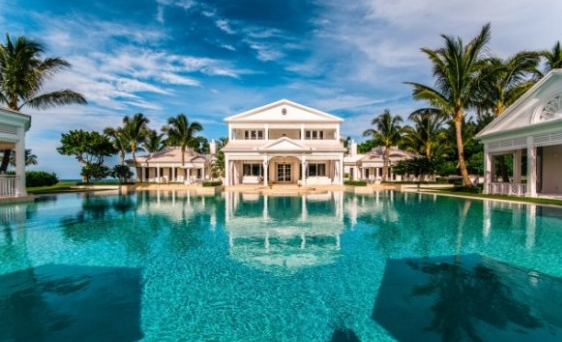 More impressive than the actual home (which is stark white and impeccably furnished) is the famed private water park. The park has two water slides, a bridge, a tower, and a lazy river that extends the length of the water park. The massive pool also features floating furniture and a fire pit that sits in the middle of the water. If that’s not enough luxury there is a second pool that sits right by the edge of the property looking out over the water. 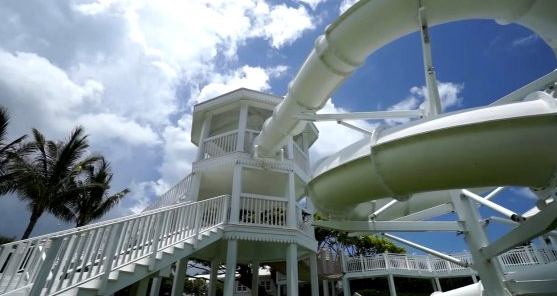 Dion’s Las Vegas contract was extended until 2019 which is why she is putting the house up on the market. Want your own private water park? Just fork over the $72 million she’s asking for and it’s all yours!