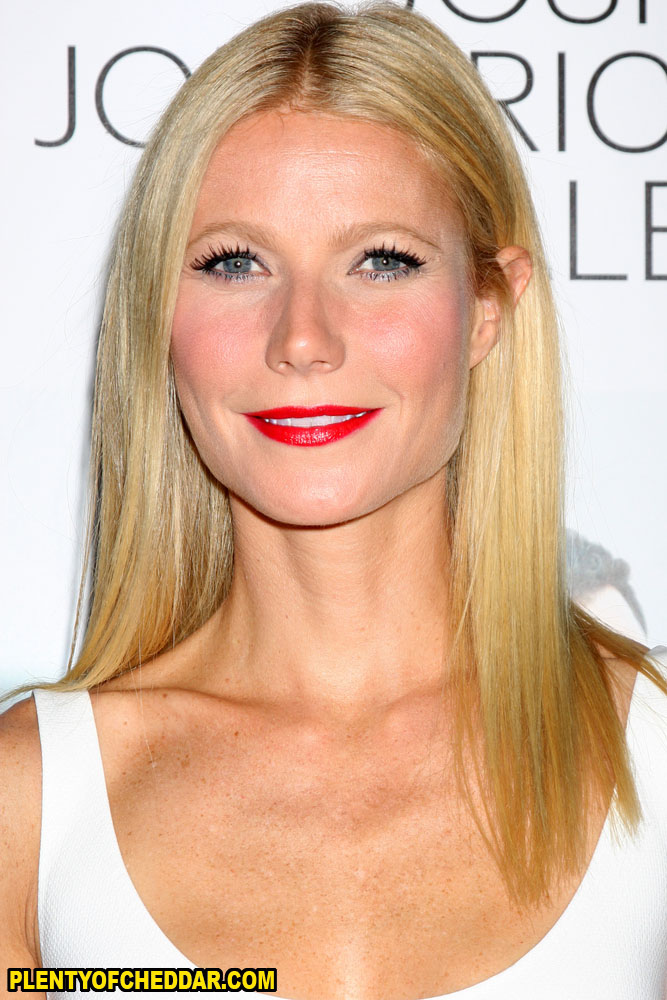 Gwyneth Paltrow has an estimated net worth of $114 million dollars

Gwyneth Paltrow is an American actress with an estimated net worth of $114 million dollars. She is 5’9″ and weighs 132 pounds. Gwyneth Paltrow was born September 27, 1972 in Los Angeles, California. She is the daughter of esteemed producer Bruce Paltrow and Tony award-winning actress Blythe Danner. At the age of eleven, Gwyneth’s father moved the family to Massachusetts so he could work on summer stock productions. At this time she began training as an actor under the tutelage of her parents. Gwyneth’s beautiful looks coupled with her talents as a thespian allowed her to land small roles like in the film Shout and Hook (1991). After playing opposite of her mother in the television miniseries Cruel Doubt (1992), Gwyneth dropped out of the University of California at Santa Barbara where she was studying history, to pursue acting full-time.

The decision to drop out of school proved to be her best decision yet, because Hollywood couldn’t get enough of the statuesque blonde. She landed roles in films such as Malice (1993), Flesh and Bone (1993), Jefferson in Paris(1995), and Se7en (1995) in which she co-starred with Brad Pitt. Gwyneth developed a relationship with Brad Pitt while working on the set of Se7en and the Hollywood gossip magazines made headlines of their romance. This only increased her popularity and led to Gwyneth attaining more roles in films like The Pallbearer (1996), Emma (1996), Great Expectations (1998), the Perfect Murder (1998), and Shakespeare in Love (1998). Gwyneth Paltrow’s performance in Shakespeare in Love earned her an Academy Award for Best Actress. She  now became a heavily sought after A-list actress.

After her 1998 Oscar win, Gwyneth gave performances in a string of less than stellar movies that flopped in theaters. It wasn’t until 2008, when she co-starred in Iron Man as Pepper Potts, did things turn around for the actress. Iron Man became the highest grossing movie she ever acted in, grossing over $300 million in the box office. She reprised the role of Pepper Potts in the two Iron Man sequels in 2010 and 2013.

Gwyneth Paltrow has enough net worth to buy:

Gwyneth Paltrow has enough net worth to give everyone in the Philippines $1.16.