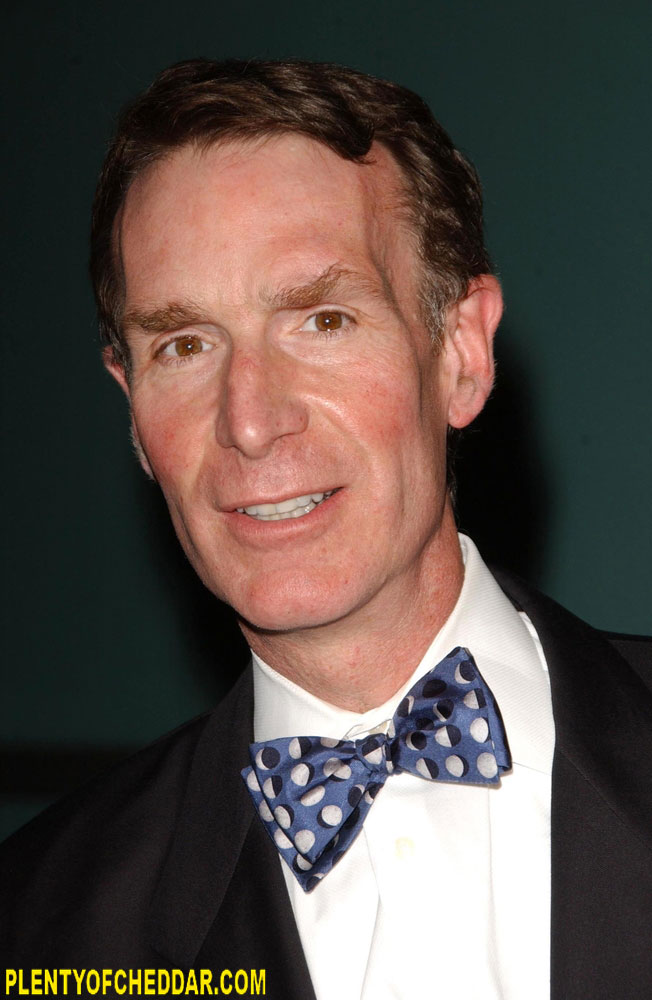 Bill Nye has an estimated net worth of $6.5 million

Bill Nye is an American scientist, science educator, television host, writer, and comedian with an estimated net worth of $6.5 million. He is 6’1″ and weighs 175 pounds. William Sanford Nye was born in Washington, DC on November 27, 1955. His mother was so exceptional at mathematics and science that she was recruited to become a codebreaker during World War II. His father became a sundial enthusiast after being locked away in a Japanese war camp  for four years with no electricity. Nye attended Washington’s prestigious Sidwell Friends School.

He matriculated to Cornell University where he received a Bachelor of Science degree in mechanical engineering. Upon graduation, Nye moved to Seattle, Washington to begin a career with The Boeing Company. While working at Boeing, Nye developed a hydraulic pressure resonance suppressor that is still used on the Boeing 747airliner.

Nye began working the comedy circuit at night, doing stand-up at various venues. This is when he was nicknamed “The Science Guy”. He quit his day job to write and perform comedy at the show Almost Live. In 1993 PBS picked up the educational science program Bill Nye, the Science Guy. The show aimed at teaching science to adolescents. His PBS program stayed on air until June 20, 1998. Over the span of five years, Nye’s program won 18 Emmy Awards.

After Bill Nye, the Science Guy ended, Nye continued his television career by hosting shows such as The Eyes of Nye, 100 Greatest Discoveries, and Stuff Happens. He has made guest appearances on others shows including Who Wants to Be a Millionaire, Larry King Live and The Weather Channel.

When Nye isn’t being a television star, he continues to work in the science field. He helped develop the sundials that were used in the Mars Exploration Rover missions. He served as vice president and second executive director of The Planetary Society. This society is one of the largest space-interest groups in the world. Nye has also written five science books for children.

Bill Nye has enough net worth to buy: