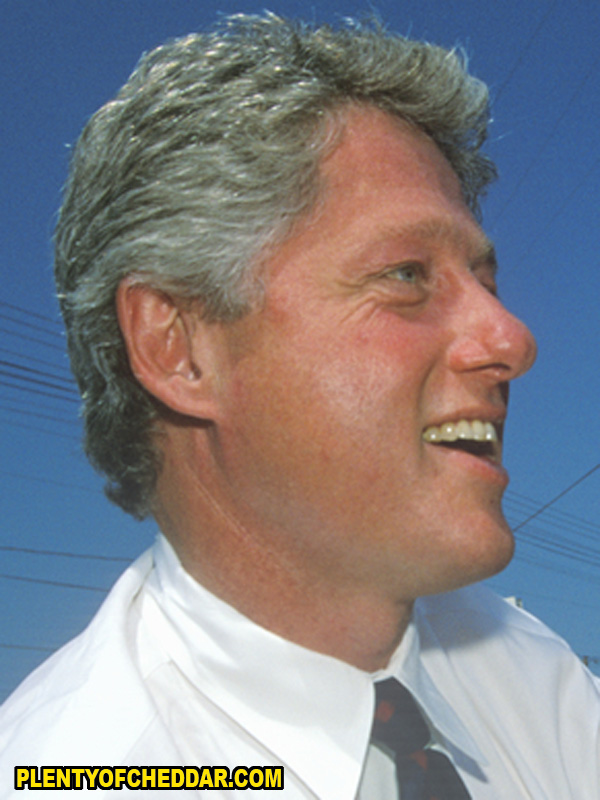 Bill Clinton has an estimated net worth of $80 million dollars.

William Jefferson “Bill” Clinton is an American politician who served as 42nd President of the United States. Clinton has an estimated net worth of $80 million dollars. Clinton is six feet two inches tall and weighs 226 pounds.

Clinton was born William Jefferson Blythe III on August 19, 1946 at Julia Chester Hospital in Hope Arkansas. His father, William Jefferson Blythe, Jr. was traveling salesman who died three months before his birth in an automobile accident. His mother, Virginia Dell Cassidy, moved to New Orleans to become a nurse after she gave birth to Bill. Virginia left Bill with his grandparents in Hope. They ran a grocery store and sold goods on credit to people of all races even though this was the south during segregation. When Bill’s mother returned from New Orleans she married Roger Clinton, Sr. who owned a car dealership in Hot Springs, Arkansas.

Bill assumed the use of his stepfather’s last name but did not legally change his surname until he was 15. While attending Hot Springs High School, Bill became active as a student leader and was very interested in politics, reading, and music. He sang in the chorus and played tenor saxophone. He considered dedicating his life to music but decided law was more interesting.

With scholarships, Clinton attended the Edmund A. Walsh School of Foreign Service at Georgetown University in Washington D.C. He received a Bachelor of Science in Foreign Service degree in 1968. After graduation he won a Rhodes Scholarship to University College, Oxford. While at Oxford he studied philosophy, politics, and economics. After Oxford Clinton attended Yale Law School where he earned a Juris Doctor in 1973. While at Yale he met fellow law student Hillary Rodham and the two married a few years later.

After graduation he became a law professor at University of Arkansas. A year later, in 1974, he ran for the House of Representatives. Clinton lost but was elected Arkansas Attorney General in 1976. In 1978 he came Governor of Arkansas and the youngest Governor in the entire country. In the late 1980′s it was rumored that Clinton would run for presidency but he did not run until 1992. He was elected President in 1993 and served until 2001. He was the third youngest president ever to be in office.

After his second term as President, Clinton began writing, speaking, and traveling on behalf of the United States to aid in foreign affairs. He has served on a number of diplomatic missions since his presidency ended. In 2004, Clinton received a quadruple bypass surgery. He underwent surgery again in 2005 for a partially collapsed lung. In 2010, after complaining of chest pains he had two coronary stents places in his heart. He is now on a strict vegan diet and practices Buddhist meditation.

Bill Clinton’s net worth could buy:

Bill Clinton has enough net worth to give everyone in Germany $1.

3 thoughts on “Bill Clinton Net Worth”