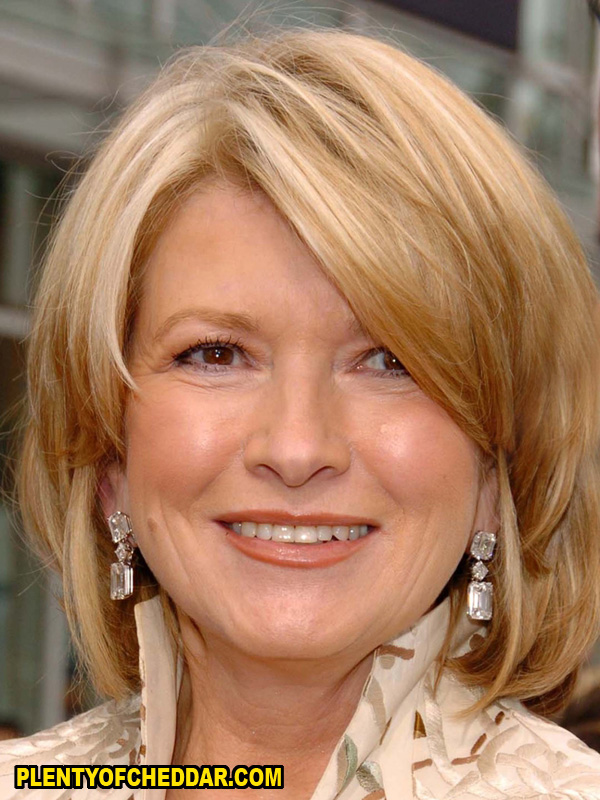 Martha Stewart has an estimated net worth of $300 million dollars.

Marta Helen Kostyra (a.k.a. Martha Stewart) is an American business magnate, television personality and writer with an estimated net worth of $300 million dollars. Stewart is five feet nine inches tall and weighs 140 pounds.  Stewart was born August 3, 1941 in Jersey City, New Jersey to middle class parents of Polish descent. She was the second of six children.

When Stewart was 10 she worked as a babysitter for the children of Mickey Mantle, Yogi Berra, and Gil McDougald. Stewart began her party-planning career by organizing birthday parties for all of Mantle’s children. At 15, Stewart began modeling and was featured in a commercial for Unilever. Stewart continued to model throughout college working for high-end clients like Chanel.

Stewart’s mother taught her how to sew, cook, and run a home. She also learned to love canning, pickling, and gardening while visiting her parents in up-state New York.

After Stewart married law student Andrew Stewart, they moved to Westport, Connecticut and restored a farmhouse from 1805. Stewart had a talent for restoring and decorating.  In 1976, Stewart and a friend from her modeling days, Norma Collier, opened a catering business in Stewart’s basement. The women were very successful but butt heads when Collier claimed Stewart was difficult to work with. Eventually Stewart opened her gourmet market.

Andrew Stewart had, during this time, become president of New York City publisher Harry N. Abrams, Inc.. Stewart catered a book release party where she met the head of Crown Publishing Group. He was so impressed with the party she threw that he asked her to write a cookbook featuring recipes and photographs from the book party.

Her books became a massive success and led to her developing Martha Stewart Living in 1990. The magazine eventually had a peak circulation of two million copies per issue. Stewart launches Martha Stewart Living Omnimedia in 1997 and went public on October 19, 1999. The initial public offering was set at $18 per share but rallied to $38 by the end of the trading day. She became the first female self-made billionaire in American history.

Martha Stewart’s net worth could buy:

Martha Stewart has enough net worth to give everyone in the United States $1.