Auction houses are meccas for the rich and famous and those willing to shell out large amounts of cash for rare pieces of history. Sotheby’s auction house is free and open to the public with no obligation to bid, but many of the world’s most rich and powerful people love to get into bidding wars during high-stakes auctions. The following is a list of the most expensive items to ever sell at auction: 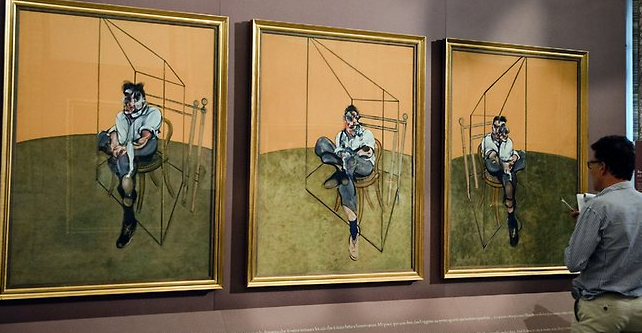 In 2013, Francis Bacon’s “Three Studies of Lucien Freud” sold for the record-breaking price of $142 million. The triptych depicts Bacon’s fellow artist and friend, Lucien Freud. The painting sold after only six minutes of bidding in the room and on the phone during the Christie’s postwar and contemporary art sale. 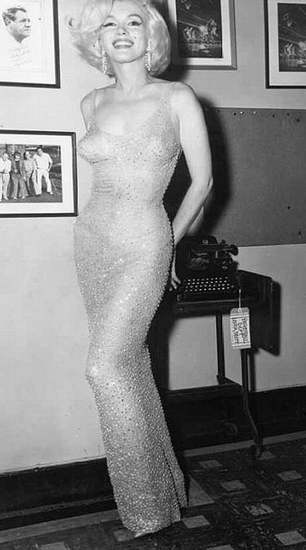 In 1999, Marilyn Monroe’s flesh-colored, skintight, jewel encrusted dress that she wore during her sultry “Happy Birthday” serenade to President John F. Kennedy was put up for auction. According to legend, Monroe was sewn into the gown and wore no undergarments because it was so tight and so sheer. The widow of Marilyn Monroe’s acting coach, Lee Strasberg, put up the dress for auction. Manhattan-based collectible company Gotta Have It! purchased the dress for $1,267,500. The dress originally cost $12,000 in 1962. 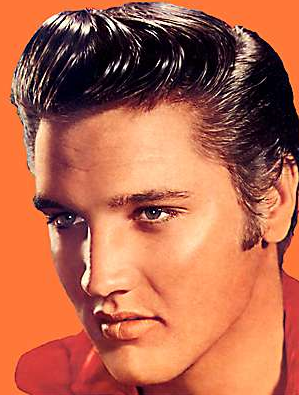 In 2002, macabre memorabilia company MastroNet Inc. sold a lock of hair from Elise Presley for $115,000. The hair was supplied by Elvis’s barber, who carefully and quietly stored all the hair he ever cut from Elvis’s head. MastroNet Inc. sells hair from other celebrities (both living and dead) including locks from John Lennon ($48,000), Beethoven ($7,300), Mickey Mantle ($6,900), and Neil Armstrong ($3,000). 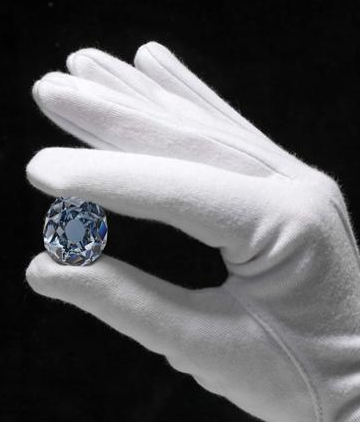 In 2008 a private collector sold their Wittelsbach diamond for $23.4 million. The diamond dates back to the 17th century and was reportedly part of King Philip IV of Spain’s daughter’s dowry. The diamond passed between the Bavarian and Austrian royalty for centuries but became repossessed by the state when Bavaria became a republic after World War I. The diamond was originally put up for auction in 1931 but attracted no sellers. It was then stored away and sold in 1964 to the collector who would later sell the diamond in 2008. 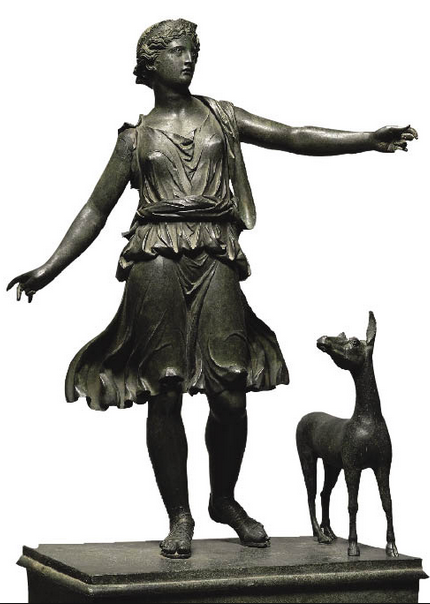 Pictured: 2,000-year-old sculpture of Artemis and the Stag

In the early 1920’s in Rome, construction workers unearthed a 2,000-year-old bronze sculpture. The 36-inch bronze statue titled Artemis and the Stag has become the most expensive antique to ever sell at auction. In 2007 the statue sold for $28.6 million. Some curators predicted the item would sell for only $7 million.