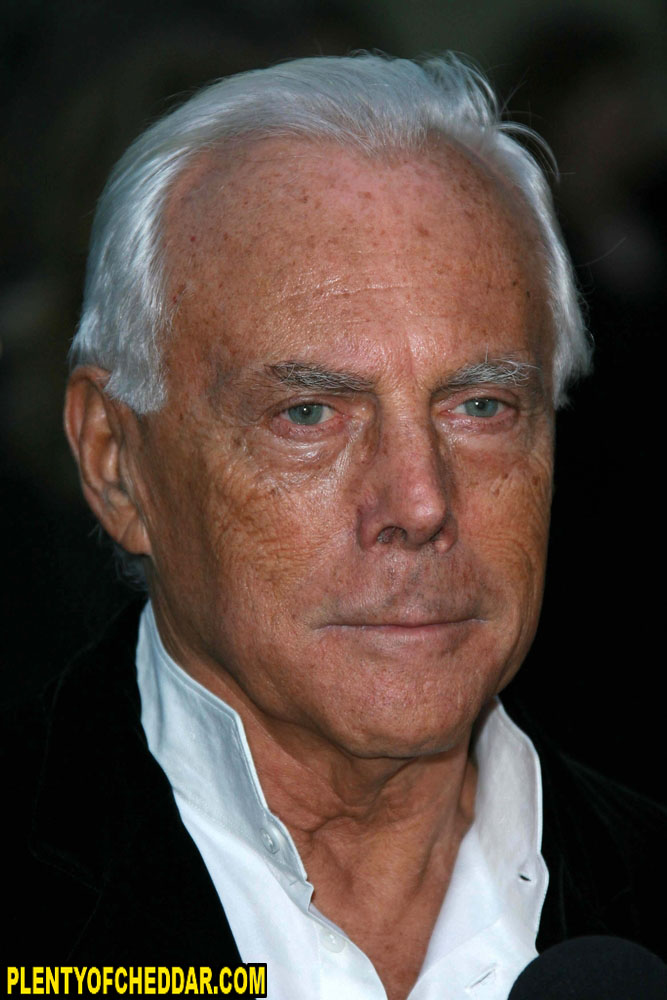 Giorgio Armani has an estimated net worth of $7.2 billion

Giorgio Armani is an Italian fashion designer with an estimated net worth of $7.2 billion. He is 5’8″ and weighs 145 pounds. Giorgio Armani was born on July 11, 1934 in Piacenza, Italy. Piacenza is a small town outside of Milan, and Armani’s early years were tough. Growing up during World War II, Armani lost some friends during the Allied bombings. He was so poor. One of the places that he enjoyed to go to as a refuge from life’s misgivings was the movie theater. He told Harper’s Bazaar, “The cinema in Milan was a refuge—a palace of dreams—and the movie stars seemed so glamorous. I fell in love with the idealized beauty of Hollywood stars.” While completing his required military service, Armani took 20 days off to vacation in Milan. While in Milan, a friend got him a job at a department store. While working at the department store, Armani helped design the window displays and assist the photographer. His time working at the department store allowed Armani realize he had a flair for fashion.

After completing his military service, Giorgio Armani went to work for a famous Milanese department store called La Rinascente. He then became a staff designer for Nino Cerruti. With the advice of a his friend Sergio Galeotti, Armani began to freelance design for other companies as well. In 1975, Sergio Galeotti and Giorgio Armani founded Giorgio Armani S.p.A. That year they launched their menswear line. The following year, they launched their womenswear line which received positive reviews. The company’s use of neutral colors became revolutionary at the time. Giorgio Armani S.p.A. became a staple in the European fashion scene.

Giorgio Armani S.p.A. made its introduction to the United Staes in 1980 when Richard Gere wore Armani clothes in the film American Gigolo. This boosted American interest in the brand. The brand began to take over the American market when Giorgio Armani provided most of the wardrobe for the television series Miami Vice (1984-1989). Soon top Hollywood stars like Jodie Foster, Michelle Pfeiffer, and John Travolta were wearing Armani pieces down red carpets. The line became synonymous with wealth and prestige.

In 1985, Armani’s longtime friend and business partner Sergio Galeotti lost his life to AIDS. Many doubted that Giorgio would be able to carry the line on his lonesome. Armani proved the naysayers wrong because the brand has been thriving as one of the fashion industry’s premier brands for over three decades. Giorgio Armani S.p.A. has expanded to including hotels, home goods, restaurants, book publishing, in addition to apparel and accessories.

Giorgio Armani has enough net worth to buy:

Giorgio Armani has enough net worth to give everyone in China $5.29