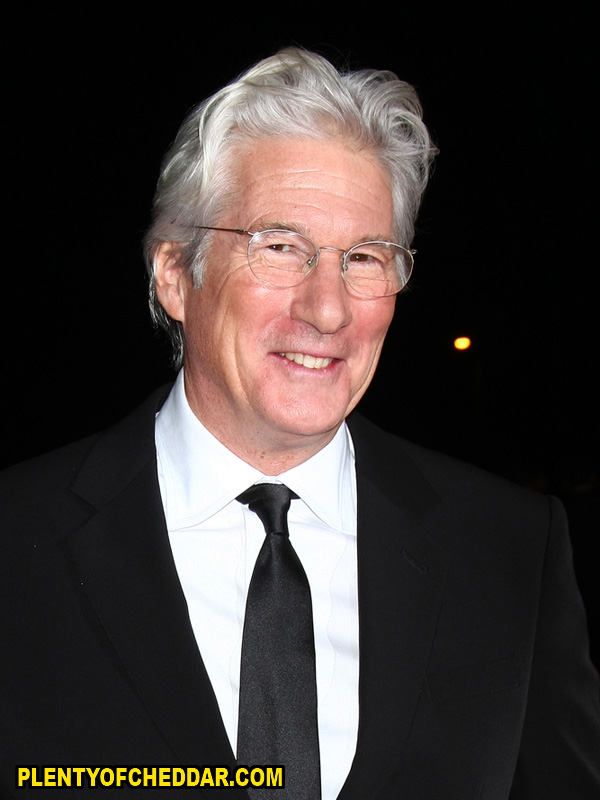 Richard Gere has an estimated net worth of $45 million dollars.

Richard Gere is an American actor with an estimated net worth of $45 million dollars. Richard Tiffany Gere was born August 31, 1949 in Philadelphia, Pennsylvania. His mother, Doris Ann was a homemaker and his father was an insurance agency for Nationwide Mutual Insurance Company. Gere’s paternal great-grandfather changed the spelling of his surname Geer to Gere. His ancestors were descendants from the Mayflower including famous Pilgrims Francis Eaton, John Billington, George Soule, Richard Warren, Degory Priest, Francis Cooke and William Brewster. Gere is five feet ten inches tall and weighs 180 pounds.

Gere began acting in the 1970’s after dropping out of University of Massachusetts Amherst. His first professional role was at the Seattle Repertory Theatre and Provincetown Playhouse on Cape Cod in 1971 where he starred in Rosencrantz and Guildenstern Are Dead. His first major role was in the London stage version of Grease. In the mid 1970’s he began acting in feature films like Looking for Mr. Goodbar and Days of Heaven. In 1979 Gere was the first big-name actors to play a gay person in the Broadway production of Bent where he starred as a homosexual Holocaust victim.

Gere became a major movie star in 1980 when he starred in the film American Gigolo. He followed the film with a lead role in An Officer and a Gentleman. The film grossed almost $130 million dollars. His career dropped for a few years before he starred in the massive hits Internal Affairs and Pretty Woman.

Gere currently spends his time acting and leading goodwill missions on behalf of the Tibet House, the charity he began benefitting Tibet.

Richard Gere has enough net worth to buy:

Richard Gere has enough net worth to give everyone in Tanzania $1.