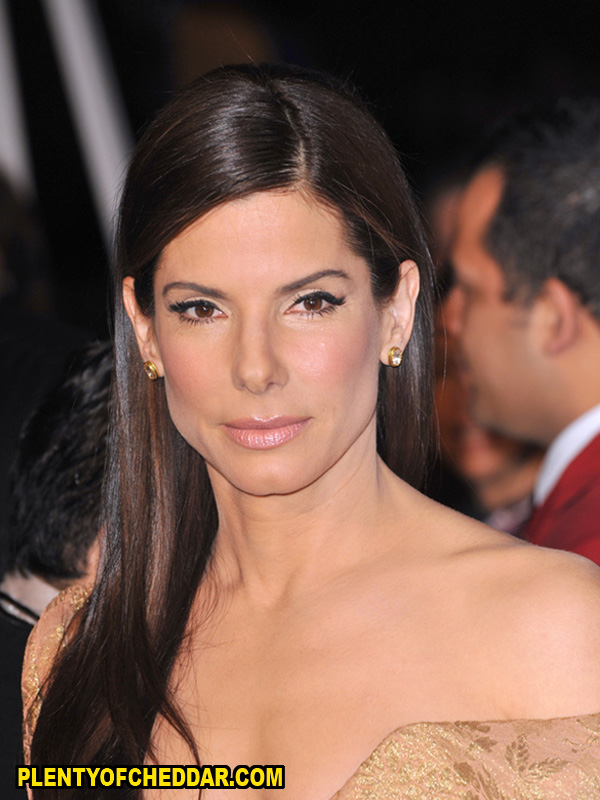 Sandra Bullock has an estimated net worth of $135 million dollars.

Sandra Annette Bullock is an American actress with an estimated net worth of $135 million dollars.  Sandra Annette Bullock was born July 26, 1964, in Arlington County, Virginia. Her father, John W. Bullock was a United States Army employee and a voice coach and her mother, Helga Mathilde Meyer was an opera singer and voice teacher. Bullock is five feet six inches tall and weighs 110 pounds.

As a child, Bullock traveled with her mother on European opera tours. She spent time in Germany and became fluent in German at a young age. In her youth, Bullock studied ballet and vocal arts, often joining in on her mother’s performances.

Bullock loved acting from a young age and moved to New York City after graduated from East Carolina University. In New York, Bullock worked as a waitress, bartender and coat check while auditioning for roles. She took classes with Sanford Meisner and appeared in student films before landing a role in an Off-Broadway play, No Time Flat. Director Alan J. Levi was impressed with Bullock’s work in the play and cast her in the TV movie Bionic Showdown: The Six Million Dollar Man and the Bionic Woman.

After her role in the TV movie she was cast in a handful of independent films before appearing in feature films such as Love Potion No. 9, The Thing Called Loved, and Fire on the Amazon.

Her breakthrough performance was in Speed, starring alongside Keanu Reeves. Her performance skyrocketed her to success leading to her starring role in major hits like While You Were Sleeping and Miss Congeniality.

In November 2009 Bullock starred in The Blind Side which opened with $34.2 million dollars, making it her highest opening ever. Her role in the film earned her the Best Actress award at the Golden Globes, Academy Awards, and Screen Actors Guild Awards.

Bullock’s films have grossed over $3.1 billion worldwide, placing her among the Top 100 Stars at the Box Office.

Sandra Bullock’s net worth could buy:

Sandra Bullock has enough net worth to give everyone in Japan $1.