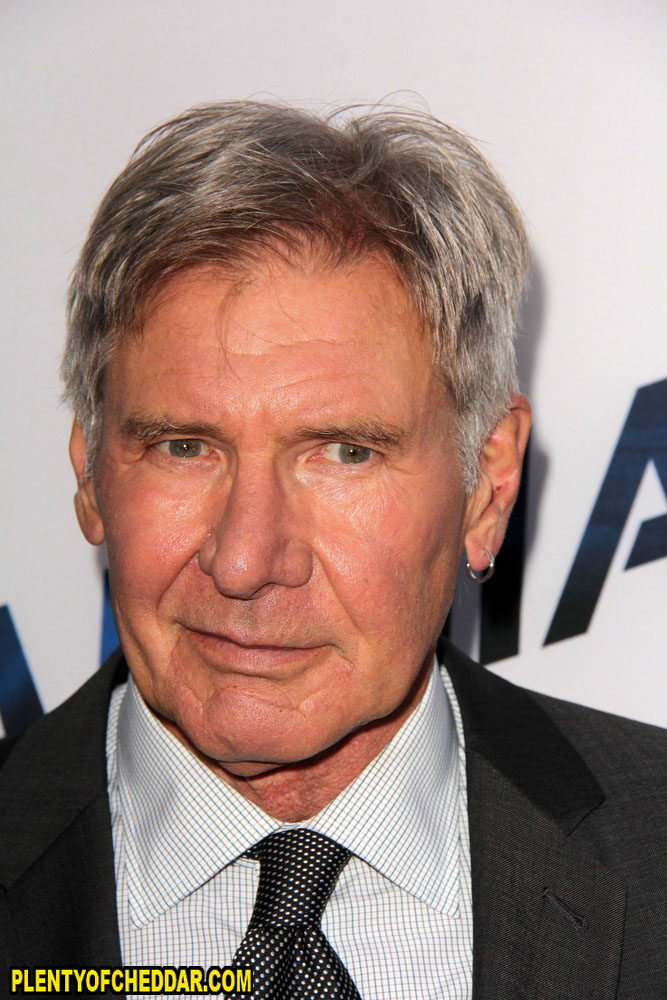 Harrison Ford has an estimated net worth of $210 million

Harrison Ford is an American film actor and producer with an estimated net worth $210 million. He has starred in the Star Wars trilogy films as  the character Han Solo. He is 6’1″ and weighs 185 pounds. Harrison Ford was born on July 13, 1942 in Chicago, Illinois. Ford’s father was an advertising executive, while his mother was  a stay-at-home mom. After a fairly typical upbringing he studied English and philosophy at Ripon College in Wisconsin and took his first drama class hoping it would be easy but instead was horrified that he had to perform in front of others. Although he wouldn’t finish college he realized he had a natural aptitude for performing and in the early 1960s would head off to Hollywood to pursue a career.

Ford made his film debut in 1966 in Dead Heat on a Merry-Go-Round, but failed to impress. Although he was cast in an important role in the iconic American Graffiti in 1973, he still couldn’t find steady work.  He would begin work as a carpenter on film while still landing small roles in films like The Conversation and Apocalypse Now. His career changed for good, however, when he was cast by George Lucas in the career-making role of Han Solo in 1977’s Star Wars, and the subsequent The Empire Strikes Back (1980) and Return of the Jedi (1983). Solo’s character played on Ford’s classic good looks and everyman sensibilities and would make him shoot to the top of Hollywood’s A-List.

From there he would take some of the biggest roles in movie history including Indiana Jones in 1981’s Raiders of the Lost Ark and its subsequent franchises and Jack Ryan in Patriot Games and Tom Clancy’s novels-turned-movies. He balanced his action movie performances with more subtle acting roles like in 1985’s Witness, The Mosquito Coast and Working Girl. Other notable movies in which he starred include Blade Runner (1981), Presumed Innocent (1990), The Fugitive (1993), The Devil’s Own (1997). Ford continued to work steadily into the new century, reprising his role as the daredevil archaeologist in Indiana Jones and the Kingdom of the Crystal Skull and working on multiple projects every year. He was nominated for an Oscar for his role in Witness and has been among the highest paid actors in movie history. Ford has been married three times. He has two children with each of his first two wives and adopted a child with his third wife, actress Calista Flockhart

Harrison Ford has an enough net worth to buy:

Harrison Ford has enough net worth to give everyone in Brazil and Azerbaijan $1.