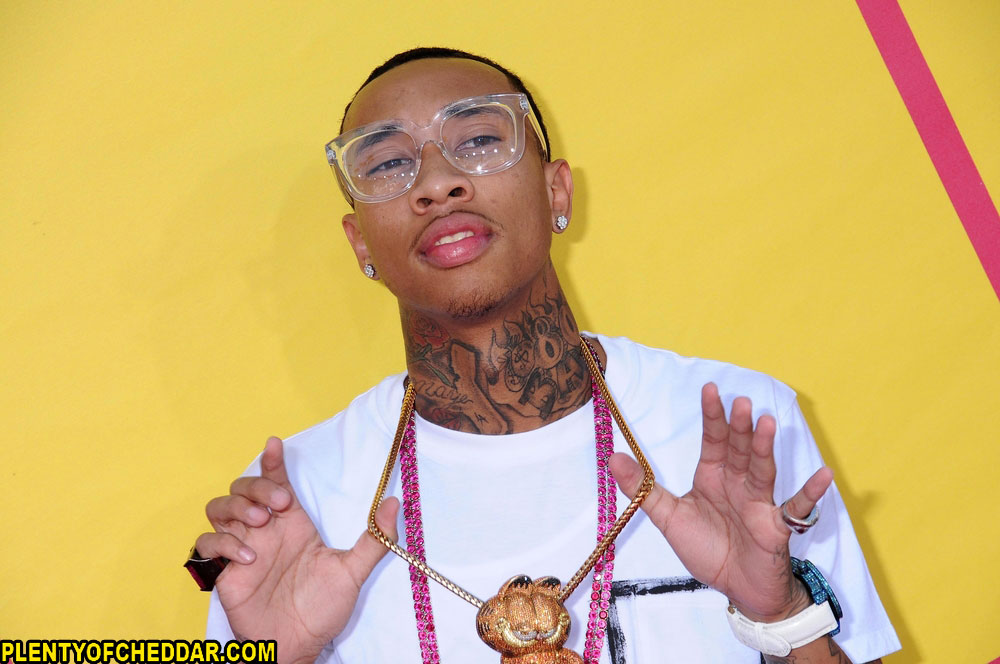 Tyga has an estimated net worth of $2 million

Tyga is an American rapper with an estimated net worth of $2 million.  He is 5’8” and weighs 137 pounds. Michael Ray Nguyen-Stevenson was born on November 19, 1989 in Compton, California. He is of Vietnamese and Jamaican descent. Growing up in Compton, the young boy was influenced by the music of Fabolous, Lil Wayne, Cam’ron, and Eminem. He decided to go by the stage name Tyga because of his mixed ethnicity like the golfer Tiger Woods. He also claims Tyga also stands for Thank You God Always.

After releasing a slew up mix-tapes, Tyga gained the attention of Young Money Entertainment. In 2007 he signed a record deal with the label.

He collaborated with R&B singer Chris Brown to create the mix-tape Fan of a Fan. The mix-tape featured artists like Bow Wow, Lil Wayne, and Kevin McCall. It contained singles such as “Holla At Me”, “G Shit”, “No Bullshit”, and “Deuces”. “Deuces” peaked at the No. 1 spot on the Billboard Hot R&B/Hip-Hop Songs. The single also got nominated for “Best Rap/Sung Collaboration” at the 53rd Grammy Awards.

Tyga dropped his first album under Young Money entitled Careless World: Rise of the Last King on February 21, 2012. The album contained the singles “Far Away”, “Rack City”, “Faded”, and “Still Got It”. “Rack City” performed the best out of all four singles, peaking at No. 8 on the Billboard Hot 100.

Tyga has gone on to release one more studio album entitled Hotel California (2013). The album was met with mixed reviews and lackluster first week sales. He is slated to drop his next album The Gold Album: 18th Dynasty in 2014.

Tyga met former urban model and stripper Blac Chyna at an after party at Miami’s King of Diamonds gentlemen’s club. He cast Blac Chyna as the lead girl in his “Rack City” music video. In March 2012 the couple posed together for the cover of Urban Ink Magazine.

Tyga has an enough net worth to buy:

Tyga  has enough net worth to give everyone in Mongolia $1.