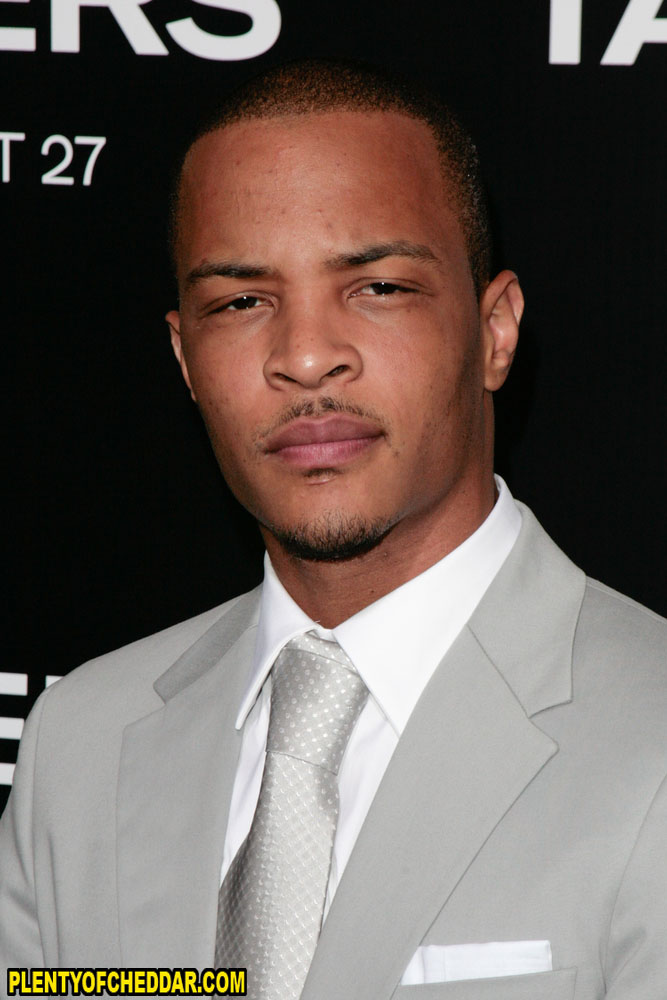 T.I. has an estimated net worth of $35 million dollars

Clifford “T.I.” Harris is an American rapper, actor, and record producer with an estimated net worth of $35 million dollars. He is 5’9″ and weighs 150 pounds. Clifford Joseph Harris was born September 25, 1980 in Atlanta, Georgia. He was raised by his grandparents in Atlanta’s Bankhead neighborhood. He began rapping at the age of eight. He attended Douglass High School in Atlanta but dropped out. T.I. turned to a life of crime, dealing drugs. He earned the nickname Rubberband Man, because he was known for wearing rubber bands on his wrists which represented the wealth he earned from selling drugs.

In 1996, T.I. linked up with established local rapper Big Kountry King and they began selling mix-tapes out the trunk of their cars. Their mix-tapes got the attention of record executive Kawan “KP” Prather. He signed T.I. to record deal with Ghet-O-Vision Entertainment. T.I. originally went by the rapping name “T.I.P.” but he shortened it to T.I.when he signed to Arista Records, a subsidiary of LaFace Records, to avoid confusion with label mate Q-Tip. His first album with Arista Im Serious flopped and he was dropped form the label in 2002.

T.I.’s second Trap Muzik was released on August 19, 2003 through his record label Grand Hustle Records. Popular singles like “24s”, “Be Easy”, “Let’s get Away”, and “Rubberband Man” helped propel the album to the number four spot on charts. Critics received the album favorably and AllHipHop.com listed it as the #5 Southern Hip-Hop Album of All Time. His third album Urban Legend featured radio hits like “Bring Em Out”  and “ASAP/Motivation”. In 2006, the rapper received two Grammy Awards nominations for Best Song collaboration for “Soldier” with Destiny’s Child and Lil Wayne as well as Best Rap Solo Performance for “U Don’t Know Me”. T.I. received major success on his fourth studio album. King (2006)  debuted at number one on the Billboard charts. The album’s lead single “What You Know” won a Grammy for Best Rap Solo Performance. He also won a Grammy for Best rap/Sung Collaboration for his work with Justin Timberlake on “My Love”.

T.I. has enough net worth to buy:

T.I. has enough net worth to give everyone in Uganda $1.