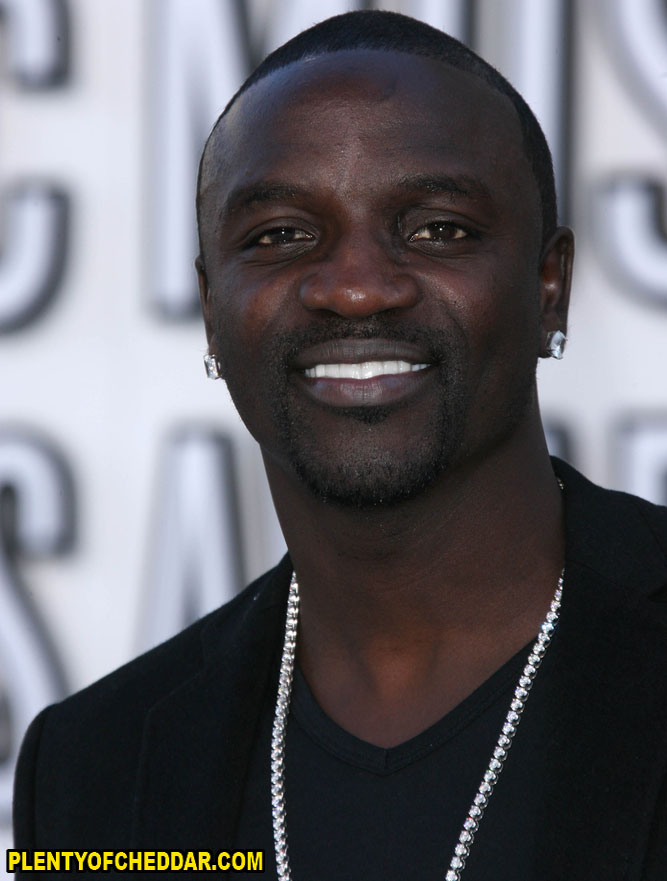 Akon has an estimated net worth of $80 million

Akon is a Senegalese-American rap artist, singer-songwriter, music executive, and record producer with an estimated net worth of $80 million. He has produced hit records for artists like Lady Gaga, T-Pain, Leona Lewis, Gwen Stefani, Rick Ross, Michael Jackson, and many more.   He is 5’11″ and weighs 165 pounds. Aliaune Damala Akon Thiam was born on April 16, 1973 in St. Louis, Missouri. His father was a renowned percussionists and his mother a dancer and the family moved back to Senegal when he was young child. Coming from a musical family had its advantages and Akon learned to play five instruments (drums, guitar and djembe, etc.) at a very young age. When he was 7, the family moved back stateside and settled in Newark.

Akon came to the attention of the music world early in the 2000s, after he had spent some time incarcerated – although for how long and exactly for what are the subject of much controversy. After befriending music mogul Devyn Stephens, Akon began to recording some songs, eventually releasing his solo debut, Trouble, in 2004. The album had several hits including “Lonely” which reached the top five on the Billboard Hot 100 list, and even was the No.1 album in the United Kingdom. Akon’s follow up album, Konvicted,  hit the airwaves in 2006 and included collaborations with a host of big music stars, including Snoop Dogg and Eminem. “I Wanna Love You” with Snoop Dogg was Akon’s first No. 1 hit. In just six weeks, the album would sell more than a million units in American and 1.3 million worldwide. To date it has sold more than 5 million copies.

Akon’s stratospheric rise in the music world continued with his third album, Freedom, in 2008, although it did not have the success of his two earlier efforts. Akon worked with Michael Jackson in the latter’s last year and became good friends with the King of Pop. Akon would go on to work with David Guetta on “Sexy Bitch” which would become a worldwide summer anthem, reaching No. 1 in six countries. His career continues to put him the upper echelon of music’s biggest talents, both performing and producing. Akon is the first solo artist to hold both the number one and two spots on the Billboard Hot 100 list twice.  The Guinness Book of Records listed him as the No. 1 selling artist for ringtones in the world. His fame has extended to television and film,  where he is involved in a number of projects. He  recorded the song “Oh Africa” for the 2010 World Cup and is working on an action movie titled American Heist set for release in 2014. Akon claims to have six children from three different women. Although he has done plenty of philanthropic work in Africa he was also criticized for owning a diamond mine in Africa.

Akon has an enough net worth to buy:

Akon has enough net worth to give everyone in Germany $1.