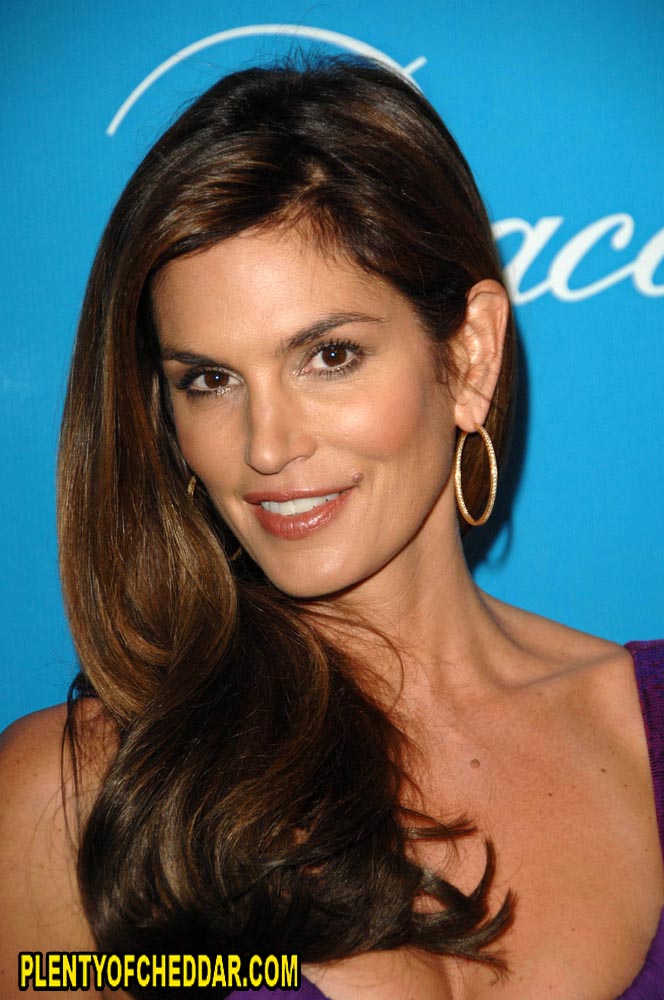 Cindy Crawford has an estimated net worth of $100 million

Cindy Crawford is an American model with an estimated net worth of $100 million. Her trademark mole set her apart from her counterparts and propelled her to supermodel status. Crawford is best known for being the face of Pepsi and Clairol campaigns. She is 5’9″ and weighs 125 pounds. Cynthia Ann Crawford was born on February 20, 1966 in DeKalb, Illinois. Crawford grew up in a family of five and graduated from DeKalb High School in 1984 as valedictorian. Her academic aptitude won her a scholarship to Northwestern University, but she attended only one semester. Her modeling potential was first captured by a local newspaper photographer who snapper a picture of her working in a cornfield when she was 16. By 17, she had decided to take up modeling full time after she entered Elite Model Management’s Look of the Year contest and finished runner up.

Crawford moved to New York City in 1986 and soon signed with Elite New York modeling agency. Her rise to the top of the fashion world would be fast as she became one of the most photographed supermodels in the world. She graced the cover of every possible fashion magazine: Vogue, W, Harper’s Bazaar, Elle, Cosmopolitan and Allure. She was also a constant figure on the most revered catwalks and signed to be the face of a multitude of fashion campaigns. Her face and figure became so popular that she was routinely featured in music videos and released a workout video.

Throughout the 1990s Crawford was among the most popular supermodels on the planet and she continued to expand her resume hosting MTV’s House of Style, starring in commercials for major brands – notably Pepsi – and even playing the lead female in the movie Fair Game, although it was the box-office equivalent of falling off of the catwalk. She would pose nude for Playboy twice. Crawford quit full time modeling in 2000 and began expanding her brand, which would eventually include Cindy Crawford Home Collection  and a furniture line. Her status as a fashion icon meant her relationships would be high-profile celebrity fodder and in particular her first marriage to actor Richard Gere, from 1991 to 1995, was paparazzi heaven. She would go on to marry Rande Gerber with whom she has two children.

Cindy Crawford’s Net Worth Could Buy:

Cindy Crawford  has enough net worth to give every person in South Korea and Colombia $1.