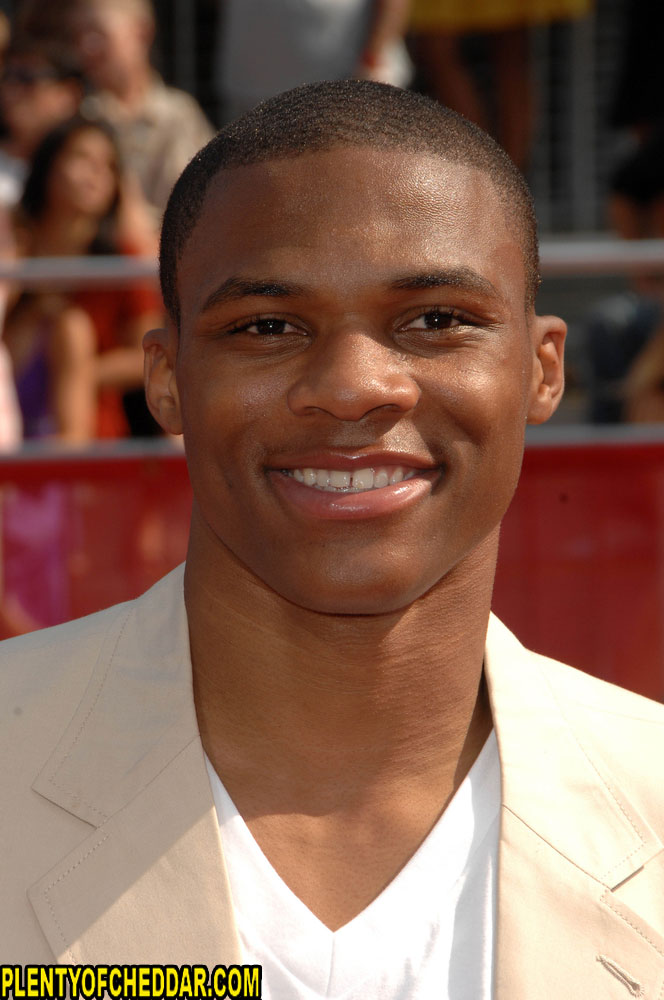 Russell Westbrook has an estimated net worth of $10 million

Russell Westbrook is an American professional basketball player with an estimated net worth of $10 million. He is 6’3″ and weighs 200 pounds. Russell Westbrook was born on November 12, 1988 in Long Beach, California. Westbrook grew up in Hawthorne, California. He admired former Los Angeles Lakers player Earvin “Magic” Johnson. Westbrook entered Leuzinger High School at an unimpressive 5’8″, 140 pound frame. He did not get a chance to start on his school’s basketball varsity basketball team until his junior year. Westbrook  didn’t get his first college recruitment letter until summer before his senior year. He didn’t garner attention from top college basketball programs until Ben Howland from UCLA offered him a scholarship when Jordan Farmar declared for the NBA Draft.

Russell Westbrook played for the UCLA Bruins for two years. He declared eligibility for the NBA Draft in 2008. He was selected as the fourth overall pick by the Seattle SuperSonics. Seattle relocated to Oklahoma City six days after the draft and changed its name to the Oklahoma City Thunder. In his first season, Westbrook made the NBA All-Rookie First Team.

Russell Westbrook  is a three-time NBA All-Star (2011-2013) and has made the All-NBA Second Team three times (2011-2013). He has represented the United States on the U.S. national basketball team at the 2010 FIBA World Championship and the 2012 Summer Olympics; he has won gold medals in both events.

In October 2012 Russell Westbrook signed an endorsement deal with the Jordan Brand. He was featured in a commercial for the Jordan Brand in collaboration with Champs before his season ending knee injury.

Russell Westbrook’s Net Worth Could Buy:

Russell Westbrook has enough net worth to give almost every person in the Czech Republic $1.