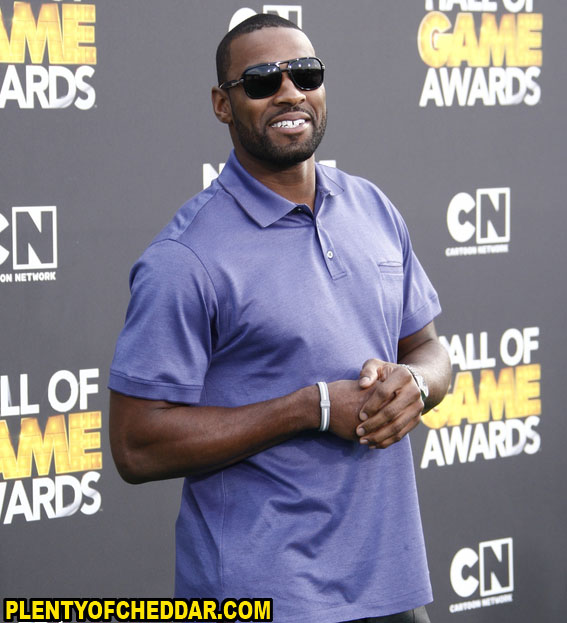 Calvin Johnson has an estimated net worth of $30 million

Calvin Johnson is an American professional football player with an estimated net worth of $30 million. He is 6’5″ and weighs 236 pounds. Calvin Johnson was born in Newnan, Georgia on September 29,1985. By middle school, Johnson had sprouted up to six feet tall. By the time Johnson was in the tenth grade he stood at six feet and four inches. Johnson played on the Sandy Creek High School football team. He was such an impressive football player in high school that recruiters ranked him as one of the nation’s top ten wide receivers and top 100 all-around players. Calvin Johnson was named the No.1 player in the state of Georgia. In 2004, Calvin Johnson entered into Georgia Institute of Technology.

John’s college career at Georgia Tech was yet again an impressive one. He won ACC Rookie of the Year in 2004 and 2006. He was a Heisman award nominee and voted “Best Wide Receiver in the Nation” by IGN.com. Johnson also won the Biletnikoff Award in 2006, the Paul Warfield Trophy in 2006, and recognized as an All-American twice.

Johnson did not complete his senior year at Georgia Tech, instead he entered the 2007 NFL Draft. SI.com named him the Midseason NFL Draft Projection #1 Pick. The Detroit Lions selected Calvin Johnson as their second overall pick in the 2007 NFL Draft. On August 3, 2007 Johnson signed a six-year contract with the Detroit Lions worth up to $64 million with $27.2 million guaranteed.

As of March 14, 2012 Calvin Johnson  signed one of the largest contract extensions in NFL history. He signed an 8-year contract for $132 million with the Detroit Lions. Johnson is nicknamed “Megatron” for his superb hand-eye coordination, size, speed, leaping ability, and immense strength. He put all those abilities to use on December 22, 2012 when he broke Jerry Rice’s record for receiving 1,848 yards in a single season. He is also tied with NFL Hall of Famer, Michael Irvin for the most 100-yard games in a season.

Calvin Johnson has enough net worth to buy:

Calvin Johnson has enough net worth to give everyone in Saudi Arabia $1.