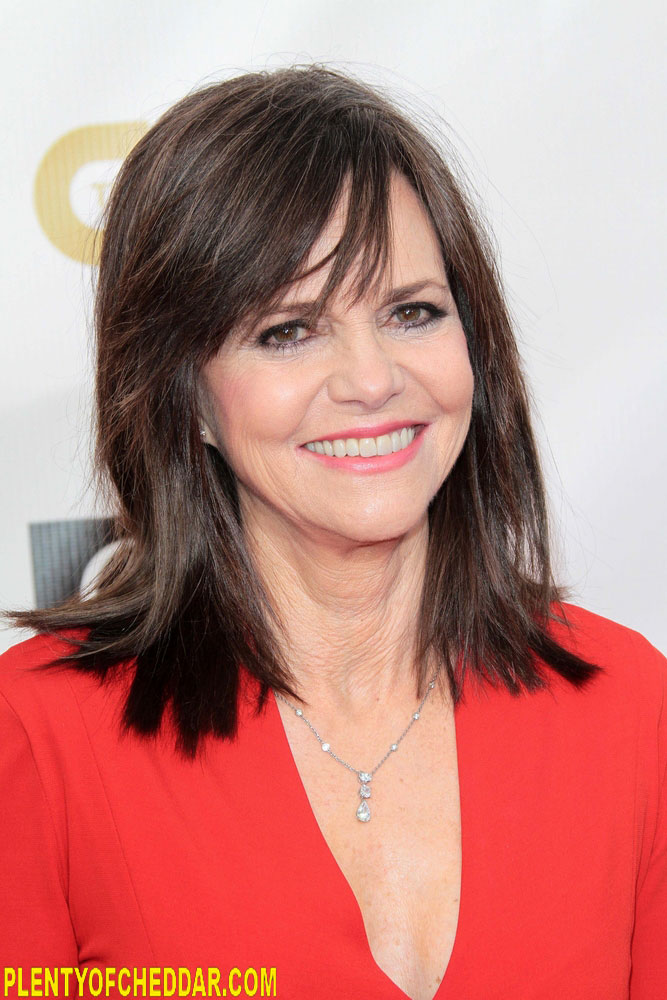 Sally Field has an estimated net worth of $55 million

Sally Field is an American actress, singer, producer, director, and screenwriter with an estimated net worth of $55 million. She is 5’3″ and weighs 128 pounds. Sally Margaret Field was born on November 6, 1946 in Pasadena, California and discovered her love for performing as a young child. In the mid 1960s, the young actress began her Hollywood career with lead roles in the TV show Gidget and The Flying Nun and in the films Moon Pilot (1962) and The Way West (1967).

Sally’s breakthrough role came in the 1976 TV movie Sybil, in which she played a woman afflicted with multiple personality disorder. Her outstanding performance won her the respect of fans and critics alike, winning an Emmy Award for the role. A string of successful films followed including Smokey and the Bandit (1977) and Norma Rae (1979), for which she won her first Academy Award. Over the next three decades, Sally established herself as one of the industry’s most talented and respected actresses with roles in notable films Places in the Heart (1984), Steel Magnolias (1989), Mrs. Doubtfire (1993), and the 1994 epic drama Forrest Gump, alongside Tom Hanks.

The actress’s recent works include a six year role on the NBC series ER and as the matriarch “Nora Walker” in the ABC drama Brothers & Sisters. She is heavily involved with a number of worthy causes including gay rights and the Vital Voices Global Partnership, a women’s empowerment organization. Diagnosed with osteoporosis in 2005, Sally is the founder of the Rally With Sally For Bone Health campaign, which encourages early detection for the disease. Once romantically linked to actor Burt Reynolds, the actress has been married twice and has three sons.

Sally Field has an enough net worth to buy:

Sally Field has enough net worth to give everyone in South Africa $1.