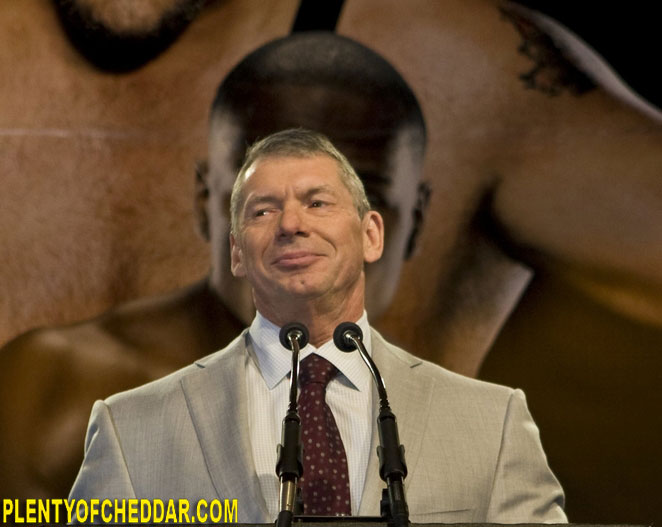 Vince McMahon has an estimated net worth of $500 million

Vince McMahon is an American professional wrestling promoter, announcer, and commentator with an estimated net worth of $500 million. McMahon is 6’2″ and weighs 248 pounds. Vincent Kennedy Mcmahon was born on August 24, 1945 in Pinehurst, North Carolina. McMahon did not have a picture perfect childhood. His father left the family when he was still an infant. McMahon grew up with his mother in a home with a revolving door of step-fathers. One of his step-fathers Leo Lupton, used to beat on his mother. One time McMahon attempted to defend his mother and got attacked too. In his childhood McMahon had to learn to overcome dyslexia. In 1964 he graduated from Fishburne Military School in Waynesboro, Virginia.

At the age of 12 McMahon met his biological father Vincent J. McMahon. His father was a promoter for Capitol Wrestling Corporation. McMahon was interested in following his father’s footsteps in the wrestling field. After graduating from East Carolina University in 1968 with a business degree, McMahon worked as a traveling salesman. Although his father was not thrilled, McMahon joined his father’s World Wide Wrestling Federation company in a managerial position. In 1969 McMahon made his debut as a ring announcer at the World Wide Wrestling Federation’s All-Star Wrestling match.

McMahon eventually became the WWWF’s television announcer in 1971. He is the cause behind the WWWF being renamed to the WWF (World Wrestling Federation). When his father died in May 1984 McMahon and his wife Linda took over the WWF.

Vince McMahon helped revolutionize the professional wrestling industry. In 1984 he signed Hulk Hogan to become the WWF’s next big megastar. Hulk Hogan became a pop-culture icon and fan favorite. McMahon also orchestrated the first ever WrestleMania match to be held at Madison Square Garden on March 31, 1985. It was an major success for his company. After struggling to surpass Ted Turner’s World Championship Wrestling, McMahon made the WWF the premier wrestling promotion.

In September 2009 Vince McMahon resigned as CEO of the WWE.

Vince McMahon has enough net worth to buy: