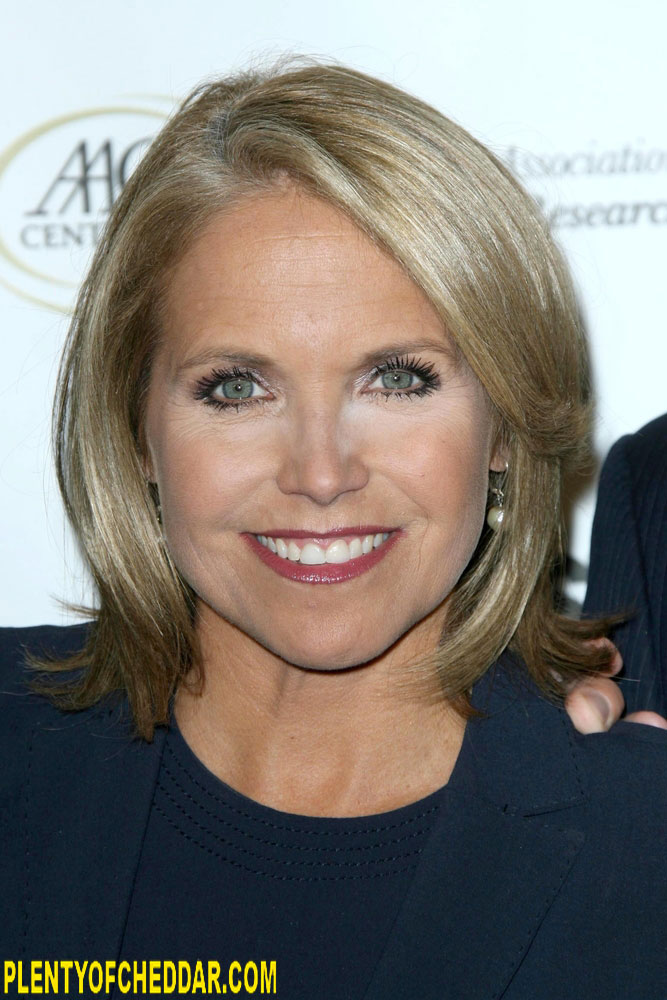 Katie Couric has an estimated net worth of $55 million

Katie Couric is an American television journalist, author, and talk show host with an estimated net worth of $55 million. She is 5’1″ and weighs 117 pounds. Katherine Ann Couric was born on January 7, 1957 in Arlington, Virginia and had a love for journalism throughout high school. After graduating from the University of Virginia, she landed her first job in the broadcasting business at the Washington, D.C.NBC affiliate station WRC-TV and by the late 1980s had joined NBC News as a political correspondent.

In 1994, Katie became a co-anchor on the NBC morning newsmagazine Today, instantly becoming a fan favorite due to her warm personality as well as her professional journalistic skills. During her fifteen year run on the show, she interviewed a string of prominent figures including Colin Powell, Hilary Rodham Clinton, and George Bush solidifying her as one of television’s leading journalists. In 2006, Katie made a monumental move in her career when she departed from the Today show to become the first woman anchor of the iconic CBS Evening News. After heading the legendary nightly program for five years, the newswoman returned to ABC in 2012 this time as host of the short-lived daytime talk show Katie.

After losing her husband Jay Monahan from colon cancer in 1998, the journalist made history when she launched a massive campaign against the disease which included undergoing an on-air colonoscopy in 2000. Her efforts have raised over ten million dollars as well as inspired an increase in nationwide preventive colon cancer screenings. Katie has two daughters with her late husband, Ellie born in 1991 and Carrie born in 1996.  After a two-year relationship, she became engaged to financier John Molner in 2013.

Katie Couric has an enough net worth to buy:

Katie Couric has enough net worth to give everyone in Burma $1.