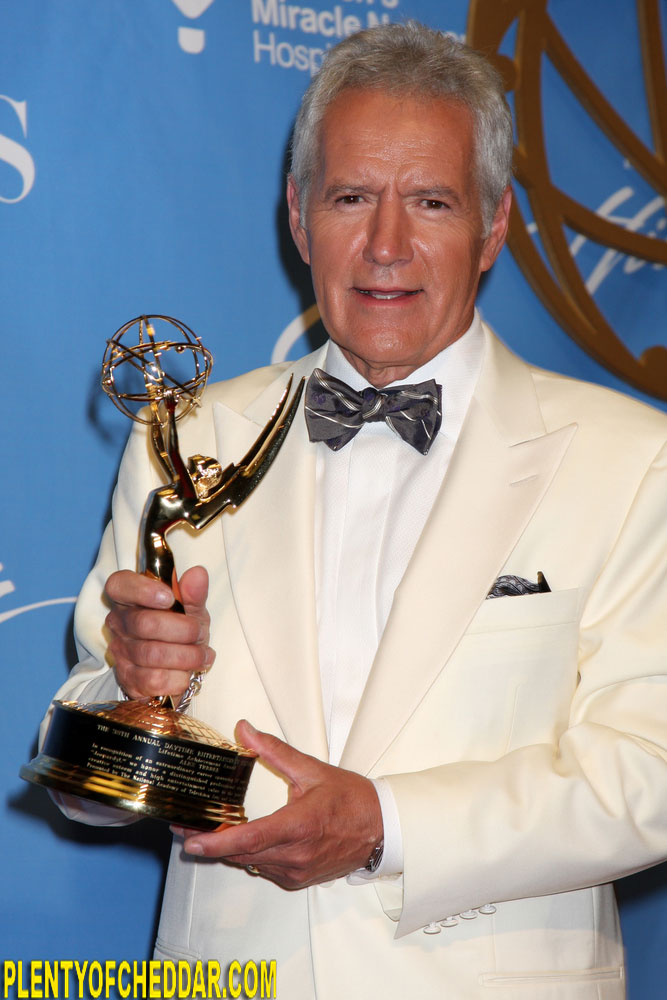 Alex Trebek has an estimated net worth of $50 million

Alex Trebek is a Canadian-American television personality with an estimated net worth of $50 million. He is 5’8″ and weighs 143 pounds. The son of a Ukrainian immigrant, George Alexander Trebek was born on July 22, 1940 in Ontario, Canada. After graduating from the University of Ottawa in 1961, the future host began his career working as a newscaster and sportscaster at the Canadian Broadcasting Corporation (CBC). His first television hosting jobs included the Canadian music series Music Hop and the NBC game shows The Wizard of Odds and High Rollers.

After a string of successful hosting gigs including the game shows The $128,000 Question and Battlestars, Alex began his most recognizable television role in 1984 as the host of the Merv Griffin quiz competition Jeopardy! As well as heading the popular series for close to thirty years, the host has had a number of cameo TV appearances in hit films and shows including Rain Man (1988) and White Men Can’t Jump (1992) and Family Guy and How I Met Your Mother. As well as hosting the 30th season of his popular game show, Alex also does commercials for Colonial Penn Life Insurance and the Food Lion supermarket chain.

The iconic host has been honored with several accolades including five Emmy Awards for Outstanding Game Show Host and a star on the legendary Hollywood Walk of Fame. An avid horse racing fan, Alex owns a ranch in California where he breeds and trains thoroughbred horses, including his own colt named Reba’s Gold. He is involved with numerous charitable organizations such as the USO and World Vision, a Christian non-profit relief and development organization. The host has been married since 1990 and has two children, son Matthew and daughter Emily.

Alex Trebek has an enough net worth to buy:

Alex Trebek has enough net worth to give everyone in Spain $1.