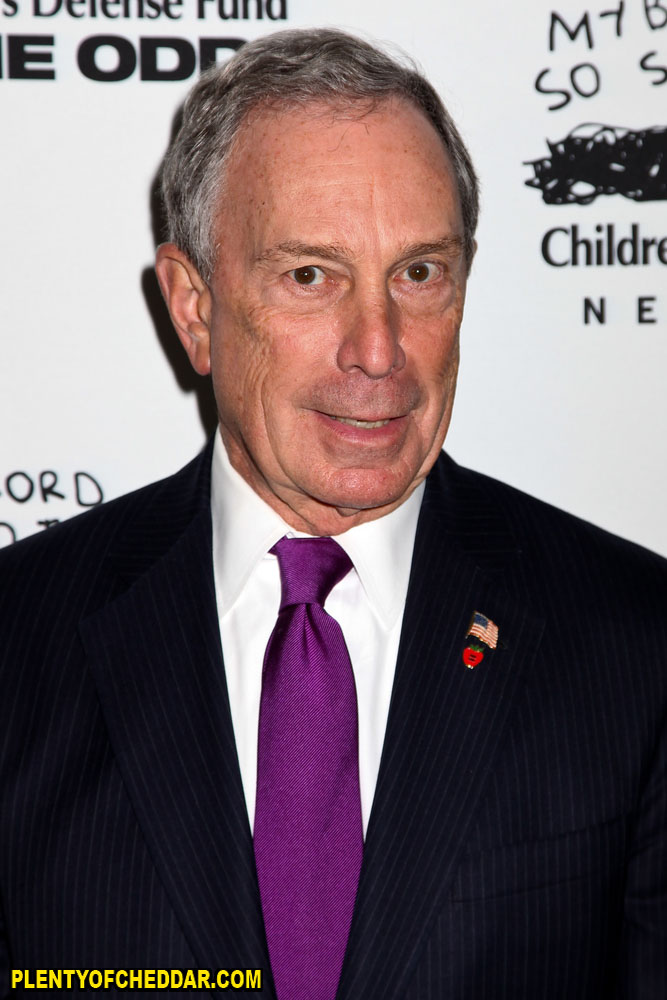 Mayor Bloomberg has an estimated net worth of $27 billion

Michael Bloomberg is an American politician, philanthropist, and business magnate with an estimated net worth of $27 billion. He is the current mayor of New York City. Bloomberg is 5’8″ and weigh 155 pounds. Michael Rubens Bloomberg was born on February 14, 1942 in Boston, Massachusetts. Bloomberg’s father was a bookkeeper whose family came from Russia while his mother’s family came from Belarus. The family lived in and around Boston until Bloomberg graduated from Johns Hopkins University in 1964, after which he got his Masters of Business Administration from Harvard Business School in 1966.

Bloomberg’s wise to immense wealth and power started when he was named a general partner at Salomon Brothers, a Wall Street investment bank in 1973. In the early 80s, the firm was bought and Bloomberg laid off, but not before he was given a $10 million severance package. Already with a keen sense of business and insider knowledge of Wall Street, Bloomberg used his money to start a company called information technology company called Innovative Market Systems, which catered to the financial community and took advantage of their thirst for business information and willingness to pay top dollar for it. Merrill Lynch, who was also the company’s first client, then invested $30 million in the company, which was renamed Bloomberg L.P. The company would go on to make Bloomberg a billionaire many times over, and one of the wealthiest man on the planet.

After securing his financial future, and that of his family for more generations that can be enumerated, Bloomberg turned his efforts to philanthropy, the arts and, most publicly, politics. In 2002, he ran for and won election as the mayor of New York City and would be reelected in 2005. After successfully leading the charge to eliminate term limits in 2009, he was elected a third time in 2010. He will leave office in 2014 but is rumored to be considering a run for the Presidency. Bloomberg married Susan Brown in 1975 and has two daughters with her. The couple was divorced in 1993. He is currently in a relationship with Diana Taylor, a former New York State Superintendent of Banks. Bloomberg is the antithesis of a miser, spending immense sums of money on things like his reelection campaigns ($90 million for 2010 campaign) and philanthropy, where his Bloomberg Philanthropies Foundation has given over a billion dollars to a multitude of charities and causes.

Michael Bloomberg has an enough net worth to buy:

Michael Bloomberg has enough net worth to give everyone in the world $3.50