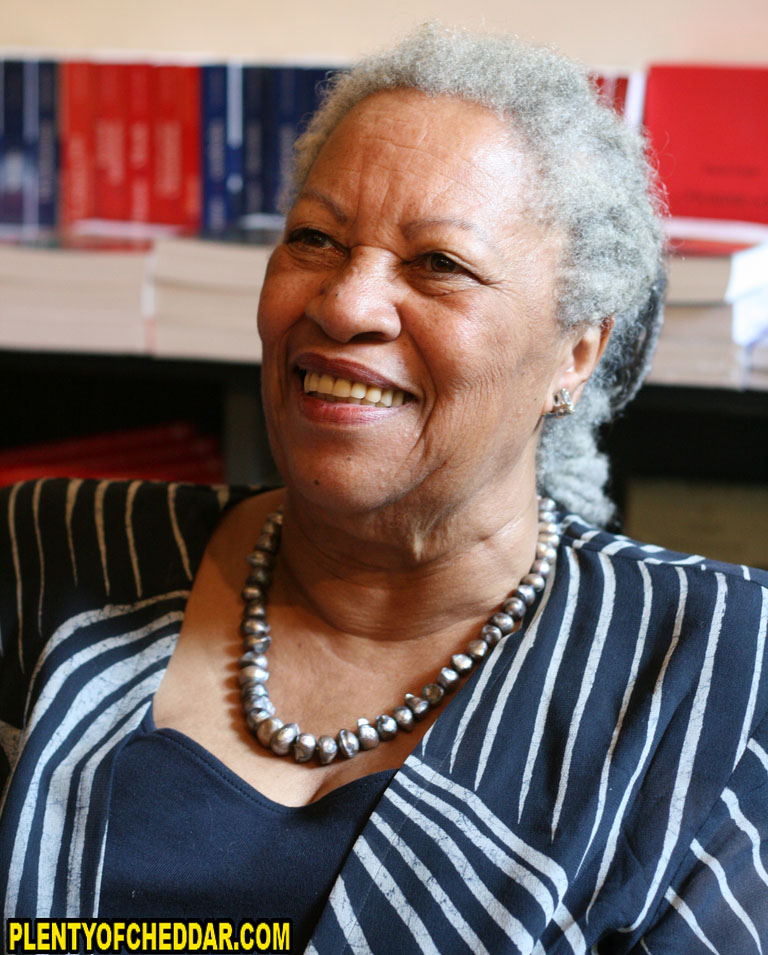 Toni Morrison has an estimated net worth of $24 million

Toni Morrison is an American novelist and professor with an estimated net worth of $24 million. Toni Morrison was born Chloe Anthony Woodard on February 18,1931 in Lorain, Ohio. Her father was a welder, but worked several odd jobs to support the family. Her mother was a domestic worker. Morrison’s parents instilled a passion for reading, music , and folklore in her from a early age. Her family lived an integrated neighborhood, so Morrison did not become fully aware of racial segregation until she was teenager. Morrison told the New York Times, “When I was in first grade, nobody thought I was inferior. I was the only black in the class and the only child who could read,”. She continued her dedication to education throughout all her her schooling, and Morrison graduated from Lorain High School with honors in 1949.

Morrison went on to attend Howard University in Washington,DC. She majored in English and minored in the classics. After graduating from Howard in 1953, Morrison matriculated to Cornell University. She completed her master’s degree by 1955, and then moved to the south to teach English at Texas Southern University. After teaching for two years at Texas Southern University, Morrison accepted at teaching job at Howard University. During this time, Morrison met her husband Harold Morrison, and had two children: Harold (1961) and Slade (1964). She quit her job at Howard University to travel Europe with her family. In 1965, the family moved to Syracuse, New York where Morrison worked as the senior editor for textbook publisher. She then went on to work for Random House, where she edited the works of authors like Gayl Jones and Toni Cade Bambara.

Toni Morrison published her first novel, The Bluest Eye in 1970. The novel didn’t sell well, and received mediocre reviews. Her next novel Sula (1973) did much better and was nominated for the American Book Award. Morrison continued to write works that delved into the African American experience with Song of Soloman (1977) and Tar Baby (1980). Her status began to elevate as a rising literary star. Morrison’s biggest success did not come until she published Beloved in 1987. Beloved is a story about a fugitive slave who would rather kill her children than see them grow up in slavery. Her infant daughter dies at her hands, and the protagonist becomes haunted by the child’s ghost. Beloved  earned Morrison the 1988 Pulitzer Prize for Fiction. A decade later, Oprah Winfrey starred in the film adaptation of Beloved.

In 1989, Toni Morrison became a professor at Princeton University. She continued to write great pieces of literature while working at the university. In 1993, she was honored with a Nobel Prize in Literature for her contributions to the field. Toni Morrison became the first African-American woman to win this honor. A couple of Toni Morrison’s other published works are Playing in the Dark (1992), Paradise (1997), Remember: the Journey to School Integration (2004), and Desdemona (2012),

In 2006, Morrison retired from teaching at Princeton University. That same year, The New York Times Book Review named Beloved as the best novel of the past 25 years. Well into her eighties, Morrison still continues to write. She experienced great loss in 2010, when her son Slade passed away. The two worked together for many years publishing children’s books  like Big Box (1999), Little Cloud an Lady Wind (2010), and Penny Butter Fudge (2009).

Toni Morrison has enough net worth to buy:

Toni Morrison has enough net worth to give everyone in Mozambique $1.