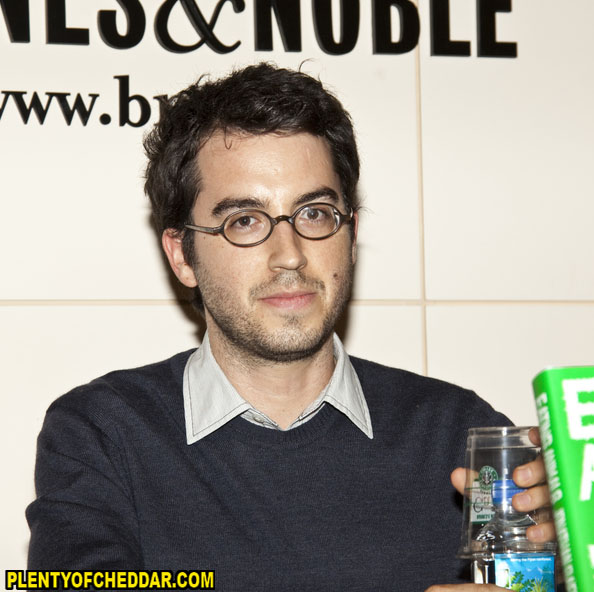 Jonathan Safran Foer has an estimated net worth of $1 million

Jonathan Safran Foer is an American writer with an estimated net worth of $1 million. Jonathan Safran Foer was born February 21, 1977 in Washington, DC. He grew up as the middle child in a tight-knit Jewish family. His father, Albert Foer, worked as an attorney and President of the American Antitrust Institute. His mother, Esther, a child of a Holocaust survivor, is the Director & CEO of the Sixth & Historic Synagogue. Foer attended Georgetown Day School in Washington, DC. In 1995 he matriculated to Princeton University.

During Foer’s freshman year at Princeton, he took an introductory writing class with author Joyce Carol Oates. Professor Oates took an interest in Foer’s writing and encouraged him to pursue a career as a writer.  Foer reminisced on his college days saying, ”she was the first person to ever make me think I should try to write in any sort of serious way. And my life really changed after that.” Foer’s senior thesis paper examined his grandmother’s Holocaust experience. The thesis paper was so captivating that he won Princeton’s Senior Creative Writing Thesis Prize. After graduating from Princeton in 1999, Foer attended Mount Sinao School of Medicine for a short period of time. He dropped out to follow his professional writing dreams.

Foer traveled to Ukraine to expand upon his college thesis paper. The thesis transformed into a book called Everything Is Illuminated, which was published by Houghton Mifflin in 2002. Foer earned a National Jewish Book Award and Guardian Book Award for Everything Is Illuminated. In 2005, Liev Schreiber created the film adaptation to his novel which starred Elijah Wood.

Foer’s second novel, Extremely Loud and Incredibly Close was published in 2005. The novel centered around a nine year-old boy dealing with the after-shock of the 9/11 travesty. He used many non-traditional writing techniques like visual writing, , oddly placed photographs,and the novel ended with a 14-page flip-book. Extremely Loud and Incredibly Close sold quickly, regardless of the polarized reviews from critics. Foer has gone on to publish Eating Animals (2009) and Tree of Codes (2010).

Jonathan Foer  is currently a professor of the Graduate Creative Writing Program at New York University. He married fellow writer Nicole Krauss in June of 2004. They have two children together, and live in the Park Slope neighborhood of Brooklyn, New York.

Jonathan Safran Foer has enough net worth to buy:

Jonathan Safran Foer has enough net worth to give everyone in the country of Djibouti $1.