Has some ever told you that you have a “million dollar smile”? Four agonizingly long years of enduring braces better have given you a stellar smile! I’ve been there and many of you have been there as well. A glistening straight smile isn’t enough for some people. You’ve seen celebrities like Madonna, Rihanna, Miley Cyrus, and U.S. swimmer Ryan Lochte with “grillz”. Grillz are also known as fronts, or golds. Grillz are a type of jewlery worn on the teeth. Fronts are basically a status symbol indicating disposable income and wealth.

Before mercury amalgam was used to fill cavities and crowns, dentists used gold. Gold fillings were really pricey, and having a mouthful of gold meant you had some serious dough. In the 1980′s Eddie Plein of Eddie’s Gold Teeth spear-headed the trend when he made gold fronts for rappers Big Daddy Kane and Flavor Flav from the hip-hop group Public Enemy. In the mid-2000s the popularity of grillz resurged due to rise of southern rap music.

If you look back further in history, the fashion of sporting dental jewels didn’t start in the 1980s with Eddie Plein. Ancient Mayans believed that if you wore jade, you pleased the gods. They would drill jade into their teeth to indicate wealth and power. If you hade jade decorated teeth that meant you were blessed by the gods. 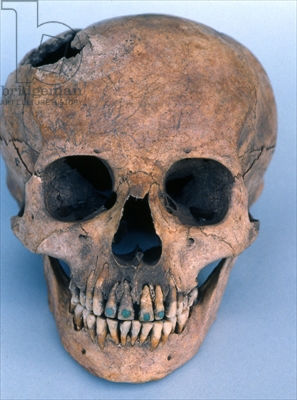 Today’s grills  made out of platinum, gold, and silver with assorted gems and precious stones.If you chose to get diamond encrusted grills the most commonly used diamonds are SI (slightly included) diamonds. If you are a real baller VS (very slightly) diamonds re what you will use. Today’s grill designers are not drilling the jewels into customers’ teeth. Customers have to get a dental mold done to ensure proper fitting. Some designer provide customers with a take-home kit to do their own mold, but this can lead to ill-fitting fronts. Once the mold is completed, it is sent off to the designer where they make the fronts according to specifications.

Fronts have now been made more affordable for the general public. Rapper Lil Wayne’s fronts cost him an estimated $150,000 dollars. This is way too much for the average American. Grill designers have fronts as low as $65 per tooth. Obviously, it won’t be as blinged out as you favorite celebrity, but at least your smile will literally “light up a room.”