In Miami, Florida, there is no more desirable address than North Bay Road. The homes that run along North Bay Road are among the most beautiful, and most expensive, properties in all of South Florida. Starting north of the Sunset Islands and running up to La Gorce Island this area also includes homes on the tree-lined Alton Road. Celebrities from all over the world have made North Bay Road their permanent address and with good reason—the homes are all very private and include unbeatable waterfront vistas. 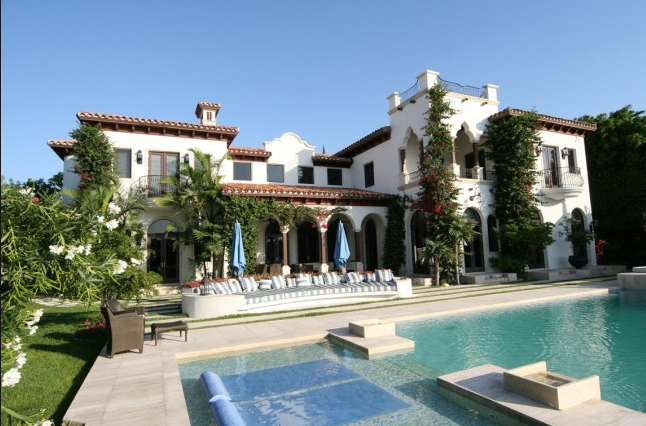 Pictured: one of the many incredible homes on North Bay Road

Celebrities like Shakira, Matt Damon, Alex Rodriguez, and Perry Ellis have all owned property on the gorgeous road. North Bay Road is located less than ten minutes away from Lincoln Road, Ocean Drive, South of Fifth, and Sunset Harbor. To the north, celebrities can spend their money at Bal Harbour, one of the countries most luxurious outdoor malls featuring high-end designer stores and upscale eateries. 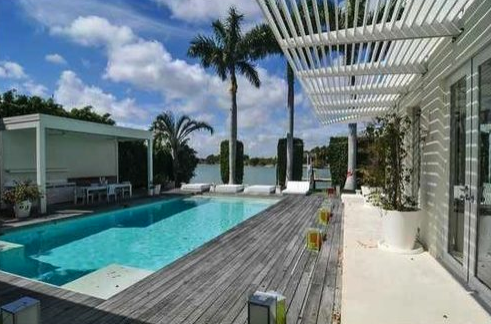 North Bay Road has always been a mecca for well-to-do Miami socialites and northern Snow Birds since its creation in the early 20th century. Carl Fisher, the developer of Miami Beach, made his permanent residence at 5020 North Bay Road until his death in 1939. Built by architect August Geiger, who along with Addison Mizner, built most South Florida’s earliest estates, created Fisher’s 20,000 square-foot bay front estate in 1927. The home featured 12 bedrooms and 19 bathrooms situated on a 68, 642 square-foot lot. The Italian Renaissance-style design features a wine cellar, bank-size hidden safe, 2,000 square-foot master suite with a 430 square-foot terrace and 270 feet of waterfront—the most of all private homes in Miami. 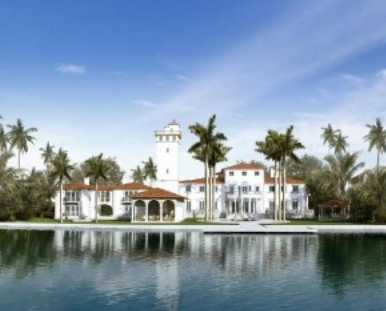 Inside Fisher’s estate are details like coffered ceilings, carved stone mantelpieces, and the original wood floors. The highlight of the property is its original 85 foot-high observation tower, which features views of Miami Beach, downtown Miami, and Biscayne Bay. Fisher had the tower built so potential buyers could look out over the landscape and pick their parcel. He even had a bathroom installed so buyers wouldn’t have an excuse to leave the tower before picking out their land. 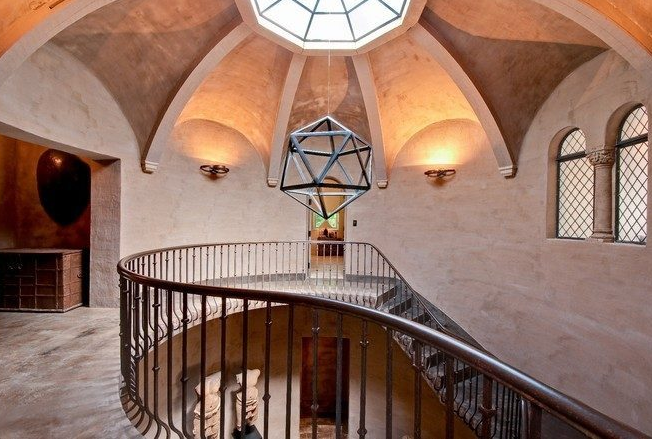 Fisher’s estate is currently off the market but in 2006 was listed for a staggering $40,000,000—the highest price ever listed for a home in Miami-Dade County at the time.

Looking for a piece of property on North Bay Road comparable to Fisher’s estate? 5050 North Bay Road is available for a cool $25,000,000. The home is considered one of the most significant estates in South Florida, built in 1936 featuring 10 bedrooms and 12 bathrooms on almost an entire acre of land. The 8,517 square-foot home includes both formal and informal courtyards, waterfront views, landscaped driveway, media room and a heated pool. 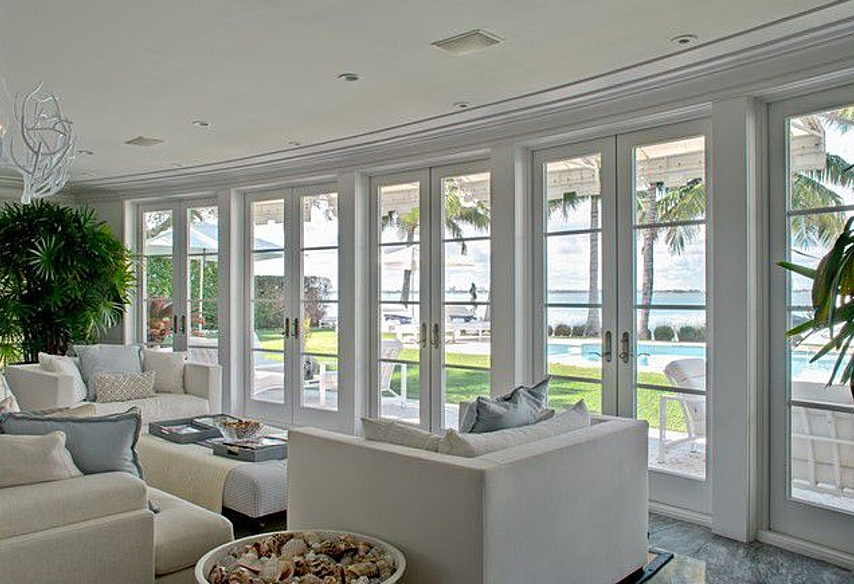