Thanks to an astute PlentyofCheddar.com reader, Charles, I learned that I had incorrectly posted a photo of Mel Gibson’s Greenwich house in place of Mel Gibson’s Malibu house. Charles piqued my curiosity and I couldn’t help but show everyone a peek inside Mel Gibson’s Greenwich, Connecticut compound. The actor reportedly sold the house a couple of years ago after his profanity-laced DUI arrest and subsequent fall from Hollywood grace. The home was purchased and then put back on the market (I hope I’m getting that right, Charles!)

Built in 1928, the Elizabethan Tudor style home, sits on 75.7 acres of land. The home was designed by architect Charles Lewis Bowman and is sized at 15,800 square feet. 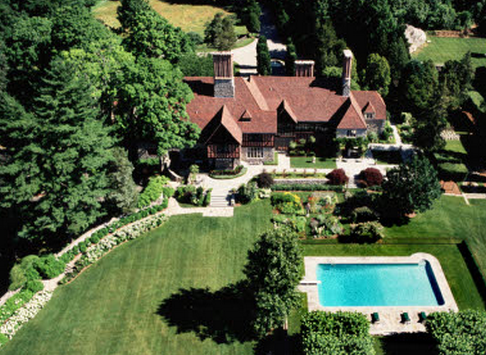 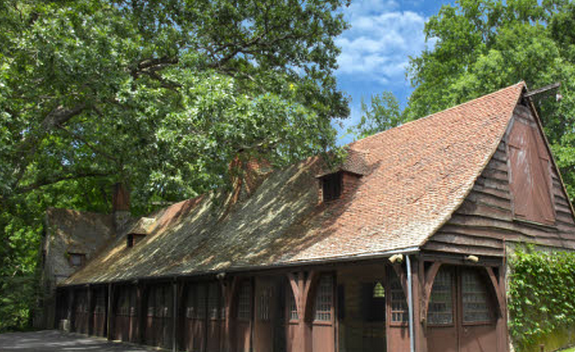 The interior of the home is modeled after the Tudor style and features 17th century paneling, a walk-in fireplace, lead lined windows, and a great hall with 40-foot ceilings. Gibson sold off this home and other properties after his divorce as part of the settlement. Interested in purchasing this home? It was last listed for a staggering $32.95 million. 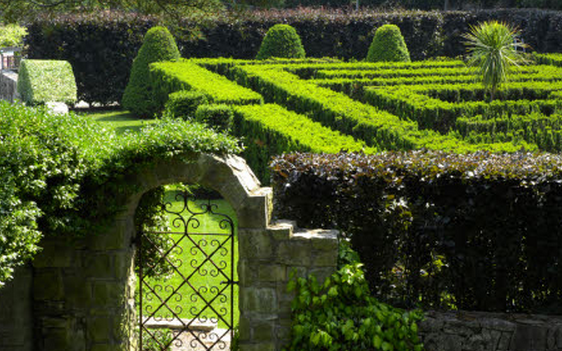