When you’re one of the richest men in the world you can afford to build the home of your dreams. Take Bill Gates for example. He took his hard earned Microsoft money and created the high-concept home of his dreams in Medina, Washington. His home, nicknamed Xanadu after the estate from the movie Citizen Kane is a 66,000 square foot masterpiece. The state-of-the-art compound sits on a lakefront lot which he purchased in 1998 for $14 million. Gates’s home sits on five acres of land and was designed in a “Pacific Lodge” resort style. 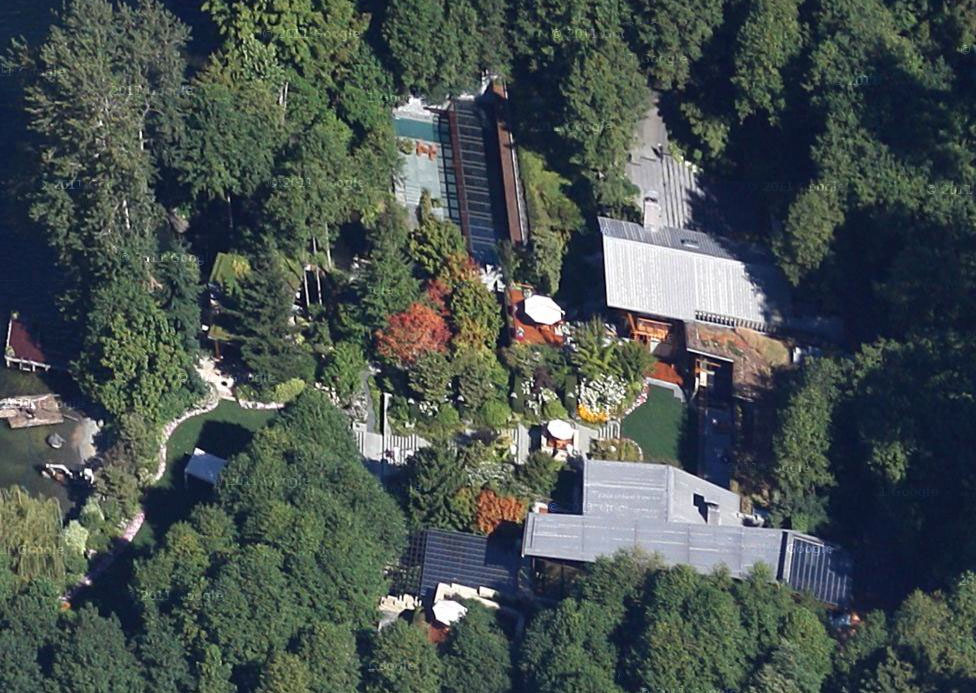 In 2013, according to tax reports, the estate was valued at $120.6 million (the land comes in at $22 million) and the buildings comes in at $98.6 million). Not only is the home expensive, it’s also on the cutting edge of technology and has some pretty unique features.  Here are the coolest things about Xanadu:

2)   The dining room is 1,000-square-feet, larger than most people’s apartments.

3)   When guests arrive, they are given pins that have sensors that interact with different rooms in the house. Depending on the guests preference, their individual pin can change the temperature, lighting, and music of the room.

4)   Speakers are hidden inside the wallpaper and softly play music that follows the guests from room to room.

5)   Located inside the house is Leonardo da Vinci’s 16th century notebook, The Codex Leicester, which was purchased by gates for $30.8 million.

6)   If you’re a guest in the house you can order a painting or piece of art to your room (as long as it’s somewhere else in the house).

7)   There is a trampoline room with a 20-foot-ceiling for bouncing off the walls. Literally.

8)   The home is an “earth-sheltered house” which means it uses its natural surroundings (forest, rocks, the sun) to act as protective walls and reduce heat loss.

Want to tour Bill Gates incredible home (did we mention there’s a fully stocked wetland estuary with salmon and trout?) You’re in luck. Gates will let you tour the home for $35,000. Sound steep? You’d be doing the world a service because all $35,000 goes directly to the Bill and Melinda Gates Foundation. Gates really is a billionaire with a heart of gold (and not one but two secret bookcases in his incredible home library!)