Singer Ashlee Simpson, singer of Jessica Simpson, announced her engagement to actor and musician Evan Ross via Twitter. Simpson and Ross have been friends for over a decade and then became more than friends after Simpson split from husband Pete Wentz of the band Fall Out Boy. Now onto the important stuff: the ring. 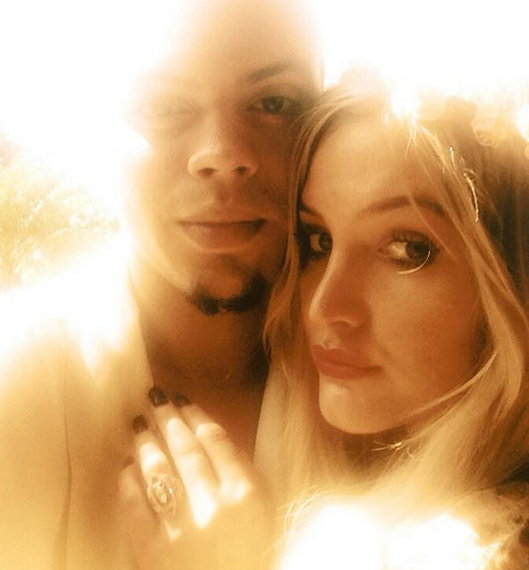 Simpson’s engagement ring from Ross is a stunning piece of jewelry. Jewelry expert Shari Fabrikant of Robert Fabrikant Inc. in New York City says “the stone appears to be a Marquis shape diamond that weighs in at approximately 2-3 carats. It appears to be set in an antique filigree setting. It is more of an old fashioned ring. They went vintage. If the stone is a G Color VS quality it would run $50,000-$70,000 depending on setting quality.”

The Marwuise ut diamond is set in a micro pave setting and achieves a vintage look by using negative space between the center stone and the halo. Vintage style rings are very trendy for 2014 and many celebrities have been sporting antique inspired creations on their fingers. Ross designed the ring himself and surprised Simpson with the gorgeous jewelry while they were vacationing in Hawaii. Ross will become a stepfather to Simpson’s 5-year-old son, Bronx Mowgli.