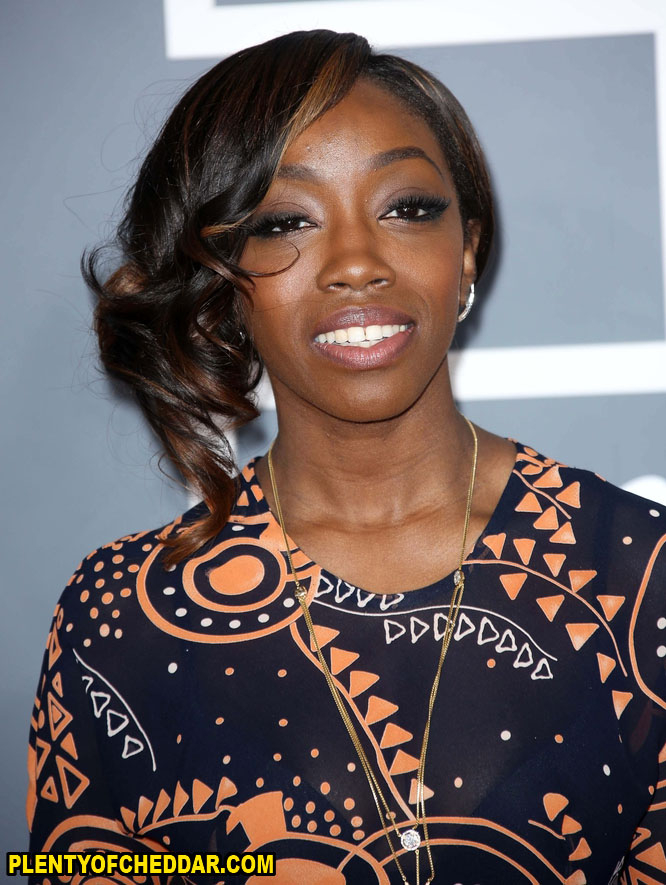 Estelle has an estimated net worth of $1.5 million

Estelle is an English singer-songwriter and record producer with an estimated net worth of $1.5 million. She is 5’6″ and weighs 125 pounds. One of eight children, Estelle Fanta Swaray was born on January 18, 1980 in London, England. Estelle loved music from a young age but growing up in a religious home the singer  wasn’t allowed to listen to anything other than gospel and Christian hymns. Much to her parent’s chagrin, a teenage Estelle discovered hip-hop and soon began dreaming of a music career of her own.

In 2002, Estelle was introduced  to John Legend and began collaborating with the R&B singing sensation on her debut album, The 18th Day. The 2004 album generated moderate buzz and achieved two hit singles, “Free” and “1980.” In 2007, the songstress released her follow up album, Shine, earning her first breakthrough chart-topping single with Kanye West duet, “American Boy.”  The single’s sensation launched Estelle into mainstream success and garnered her numerous accolades and critical praise as well as a 2009 Grammy for Best Rap/Sung Collaboration. Following collaborations with rapper Busta Rhymes and Robin Thicke, Estelle released third album, All of Me, in 2012.

Currently residing in New York City, Estelle credits her musical influences to Ella Fitzgerald, Mary J. Blige, Guns N Roses and Freddie Mercury, among many others. In 2013, the singer decided to take more creative control of her career and switched record labels from Atlantic Records to BMG New London Records. Estelle is currently working on her fourth album which is scheduled to be released in 2014. The singer took to television voicing the character of “Garnet” in Cartoon Network’s animated series Steven Universe. Estelle is incredibly private about her personal life and has yet to be married or have children.

Estelle’s Net Worth Could Buy:

Estelle has enough net worth to give every person in Trinidad and Tobago $1.13.