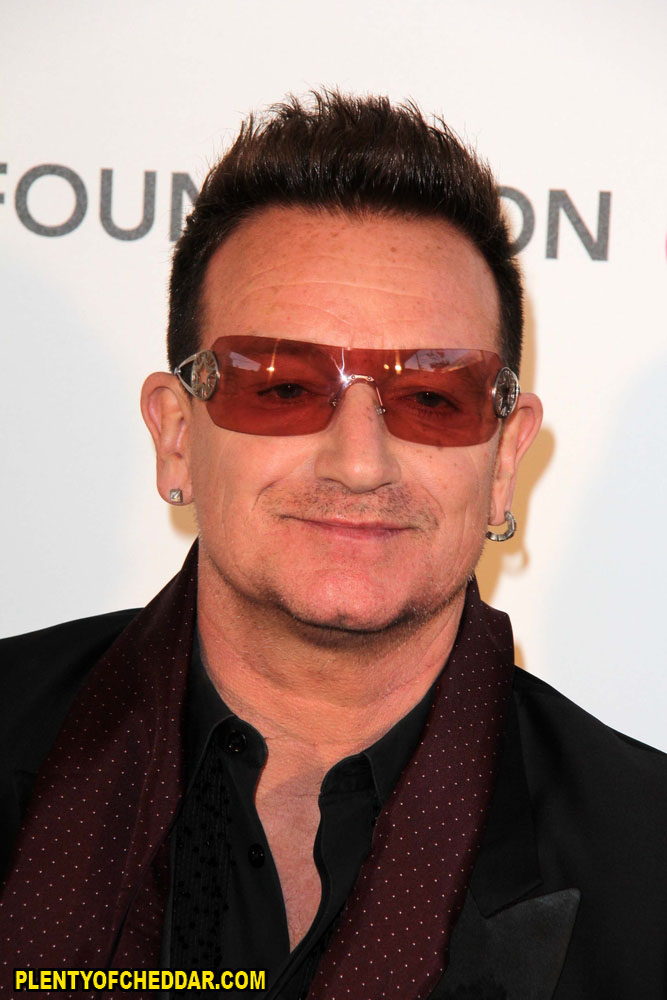 Bono has an estimated net worth of $600 million

Bono is an Irish musician, businessman, and activist with an estimated net worth of $600 million. He is 5’9″ and weighs 180 pounds. The younger of two boys, Paul David Hewson known by stage name Bono was born on May 10, 1960 in Dublin, Ireland. In 1976, sixteen year old Bono and three friends formed the rock band U2 and soon the young singer earned the nickname “Bono Vox”, meaning good voice. Bono began writing the majority of the group’s songs and after touring around Ireland, U2 released its debut album Boy in 1980.

In 1987, Bono and U2 catapulted to fame with their fifth album, Grammy Award-winning album The Joshua Tree. Over the next two decades, the band released a number of successful albums including Rattle and Hum (1988), Achtung Baby (1991), Zooropa (1993), and 2000’s All That You Can’t Leave Behind, which garnered the colossal hit single “Beautiful Day.” Eleventh album How to Dismantle an Atomic Bomb was a critical and commercial success for the singer and band, producing two hit singles and earning several Grammys. Known for his sometimes controversial songwriting which often include religious and political themes, Bono has solidified himself in a rock and roll history as front man of one of the most successful rock bands of all time.

Widely known for his activism, Bono has co-founded a number of charitable organizations including Project Red, ONE Campaign and DATA, which strives for equality and justice for Africa. Named Time’s 2005 Person of the Year, the singer has earned a number of honors for his activism including a Nobel Peace Prize nomination and a 2008 Man of Peace prize. Bono has been married to Irish activist Alison Hewson since 1982 and the couple has four children. As well work on an upcoming U2 album, the singer is busy serving as musical consultant and co-producer of the Broadway hit musical show Spider-Man: Turn Off the Dark.

Bono has an enough net worth to buy:

Bono has enough net worth to give everyone in Brazil and Indonesia $1.