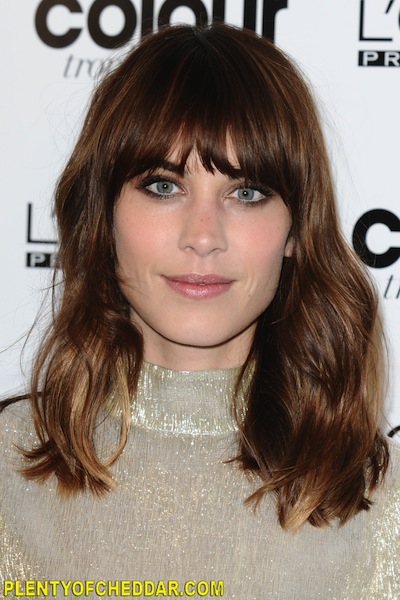 Alexa Chung has an estimated net worth of $8 million

Alexa Chung is an English model, television presenter, and contributing editor to British Vogue with an estimated net worth of $8 million dollars. Alexa is five feet and eight inches tall, and she weighs 105 pounds. Alexa was born November 5, 1983 in Privett, Hampshire, England. She is of mixed English and Chinese decent. At the age of sixteen Chung was scouted in the comedy tent at the Reading Festival by London-based Storm Model Management. Although she was accepted into London’s King’s College, she decided to sign with the firm and pursue modeling. She graced numerous runways and was a staple at London’s Fashion Week. Chung was featured in CosmoGirl, ElleGirl, and Urban Outfitters catalogs. Chung became the face of brands like Tampax, Sony Ericsson, Sunsilk, and DKNY. After four years of working hard, Chung quit modeling due to a distorted body image, and intentions to attend college.

In 2006 Chung had a change in career when Britain’s Channel 4 signed her to present on its Saturday morning music program Popworld. The show lasted for a year, and afterwards she appeared on Vanity Lair, Gok’s Fashion Fix, Freshly Squeezed, as well as co-hosting many music specials. MTV hired Chung in 2009 to host an afternoon music show to replace Total Request Live. The show was called It’s On. Unfortunately, It’s On got canceled the same year. In 2010, Chung became the first celebrity face of premier brand Lacoste. In 2011, to mark the 100th anniversary of Italian sneaker line Superga, Chung was announced as the face of the brand. Due to her unique style, Chung has become a muse to many fashion designers and has won the British Style award for three consecutive years (2011-2013).

From 2007 to 2008, Chung wrote a monthly column for the Company, a British women’s magazine. The following year, she increased her writing to a weekly column entitled “Girl About Town” and “New York Doll” for The Independent. Her writing abilities led to her gig as a contributing editor to British Vogue. Her first novel, “It” hit bookstore shelves September of 2013.

Alexa Chung has enough net worth to buy:

Alexa Chung has enough net worth to give everyone in Tajikistan $1.