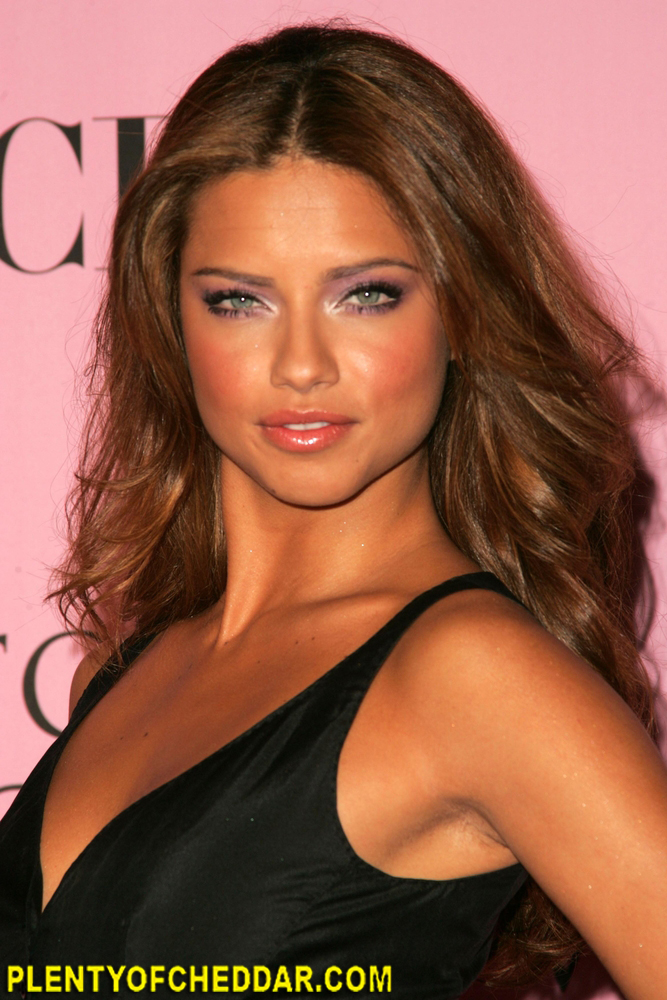 Adriana Lima has an estimated net worth of $50 million

Brazilian model Adriana Lima has an estimated net worth of $50 million. Lima is one of the most recognizable Victoria’s Secret “Angels” of all time. Lima is 5’10″ and weighs 123 pounds. Adriana Francesca Lima was born on June 12, 1981 in Salvador, Brazil. Lima had a religious upbringing attending mass ever Sunday and later telling GQ magazine that she was a virgin until marriage. Although she entered and won several beauty pageants while still a young child, Lima said she never considered being a model until she entered the Ford “Supermodel of Brazil” model search and won the competition at 13.  Soon afterward she entered the Ford “Supermodel of the World” contest and finished runner up.

At 16, Lima moved to New York city to pursue a professional modeling career and would later sign with powerhouse Elite Model Management. She burst on to the scene in 1999 when she did her first Victory’s Secret fashion show and was contracted as an Angel in 2000. Since then she has been ubiquitous with the brand and was included in the “Angels Across America” tour in 2004, where she joined some of the all-time modeling greats like Tyra Banks, Heidi Klum and Gisele Bundchen. Aside from Victoria’s Secret, her first major campaign was for Anna Molinari’s clothing line and she gained widespread recognition soon afterward posing for Guess in 2000. She would start appearing routinely on the catwalk, including for Vera Wang, Giorgio Armani and Valentino. She secured work as a Maybelline spokesmodel from 2003 to 2009, consistently exposing her to worldwide audiences and she has graced just about every fashion magazine cover on the planet.

Lima’s appeal, however, would go far beyond print and she has been featured on a number of television spots, including Victoria’s Secret Super Bowl XLII ad, which was the most popular commercial of that event. Two years later, she became on the only celebrity to star in two Super Bowl ads during the game. She has gone on to take several small acting roles, including in the sitcoms How I Met Your Mother in 2007 and The Crazy Ones in 2013. Lima married former NBA player Marko Jaric in 2009 and the couple has two daughters.

Adriana Lima has an enough net worth to buy:

Adriana Lima has enough net worth to give everyone in Colombia $1.05.