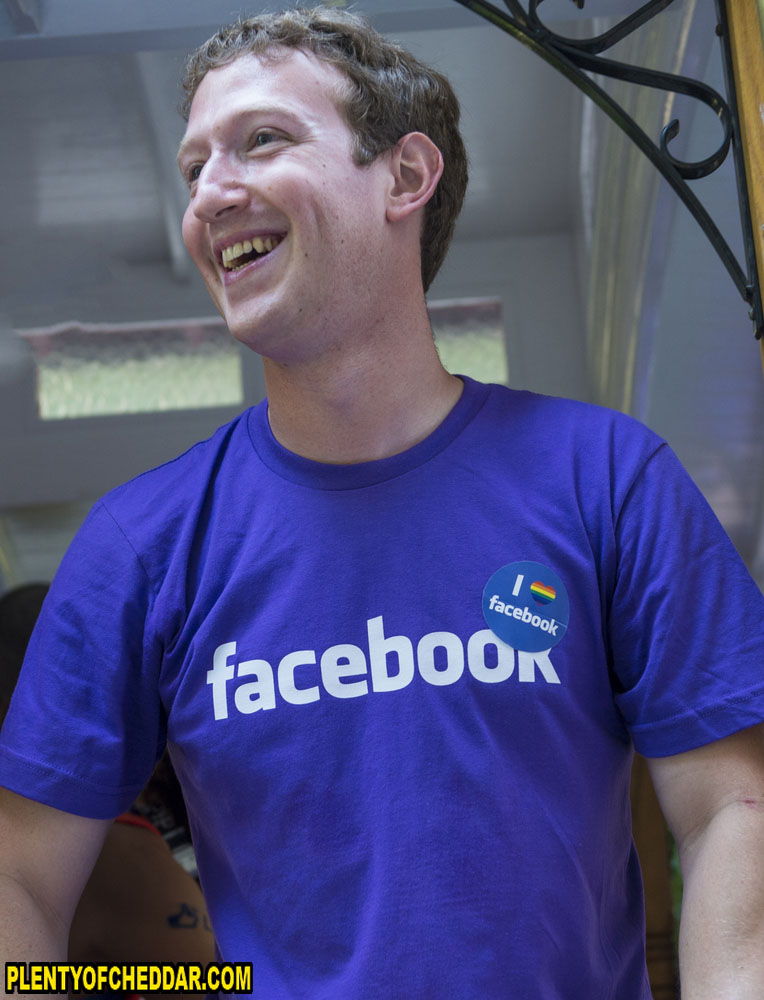 Mark Zuckerberg has an estimated net worth of $19 billion

Mark Zuckerberg is an American computer programmer and internet guru with an estimated net worth of $19 billion dollars. He is the co-founder, chairman, and CEO of the popular social networking site, Facebook. Zuckerberg is 5’9″ and weighs 185 pounds. Mark Elliot Zuckerberg was born on May 14, 1984 in White Plains, New York. Zuckerberg’s father is a dentist while his mother is a psychiatrist. He is one of four children, with three sisters. A natural numbers guy, Zuckerberg excelled in math, astronomy and physics in high school attending Phillips Exeter Academy, although he also claimed to be able to read and write French, Latin and ancient Greek. He started writing software in middle schools in the 1990s and later his father hired a software developer to tutor his son. Zuckerberg would develop his own software programs before college. He was also captain of the fencing team in high school.

Although companies like Microsoft and AOL tried to hire Zuckerberg even before college – they were impressed with software programs he had already developed – the prodigy decided to enroll in Harvard in 2002. He studied psychology and computer science, two subjects which would be the basis of his website that would revolutionize communication in the new century. At Harvard he wrote a software program called CourseMatch, which involved course selection, and Facemash, which allowed fellow classmates to select the most attractive persons at the school. The latter, which was based on photos from Harvard’s “Face Books” would eventually crash the schools network because of its instant popularity. The site was taken down by the school and Zuckerberg made to apologize for the inconvenience and invasion of privacy. But it spurred an idea in Zuckerberg which he would develop the following semester as “Thefacebook.” The website/program was an instant smash and Zuckerberg soon dropped school to pursue its development.

The project would go on to become “Facebook” and Zuckerberg and other company founders moved to Palo Alto in 2004 and set up offices. Since then, the company and website have become a worldwide phenomenon. The website has reached numerous previously unheard of milestones on the Internet, including getting 500 million users in 2010 and reaching 1 billion in 2012. Although he was involved in various legal disputes regarding the founding and idea for the company, Zuckerberg remains at the head of the company as its chairman and chief executive. The story of Facebook, its founding and Zuckerberg was made into the 2010 film, The Social Network. Zuckerberg has been named among the 100 wealthiest and most influential people in the world since 2010. In 2012 he married Priscilla Chan, a student he originally met at Harvard.

Mark Zuckerberg has an enough net worth to buy:

1. 6.3 Construction Costs of One World Trade Center ($3 billion each)

Mark Zuckerberg has enough net worth to give everyone in the World $2.66.