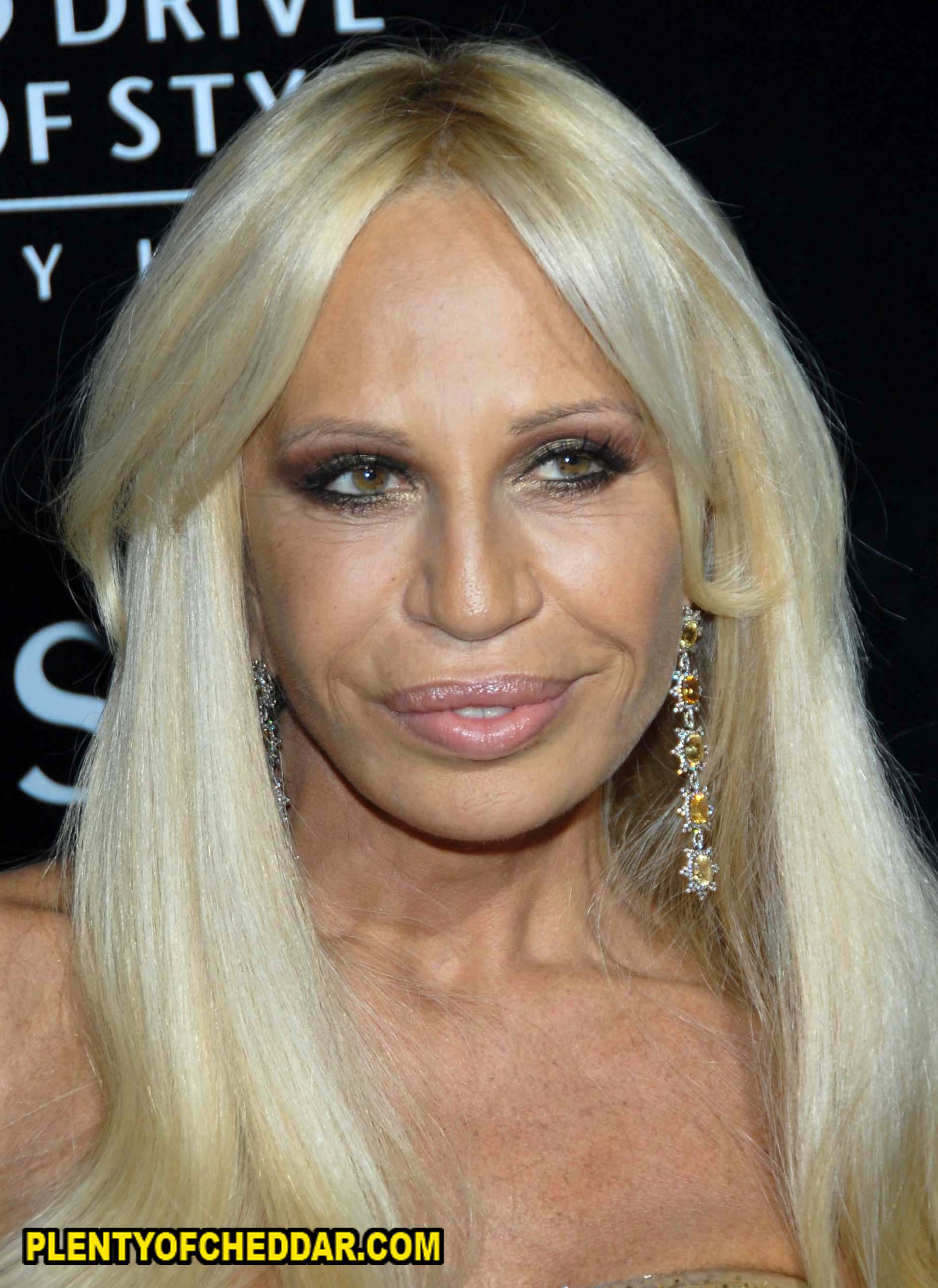 Donatella Versace has an estimated net worth of $ 200 million.

Donatella Versace is an Italian fashion designer and she holds the current Vice President position for the Versace Group. She has an estimated net worth of $200 million dollars. Donatella was born May 2, 1955 in Reggio Calabria, Italy. Her father was a businessman and her mother was a dressmaker for the Italian aristocracy. She was the youngest of four children.  Although her brother Gianni was nine years her senior they happened to be extremely close. At the age of eleven she would accompany Gianni to discos and night clubs. He influenced her to be wild but she ended up becoming wilder than him, she once told an interviewer.  Donatella’s brother Gianni  Donatella Versace is five feet and five inches tall and she weighs 120 pounds.

After attending Florence University, Donatella joined her brother’s emerging fashion company. She planned on providing public relations for the Versace brand, but she ended up becoming Gianni’s muse and advisor/critic. Gianni once told Vanity Fair “If my sister wants to do something, okay” and “If she doesn’t like a sketch, I will cancel it.” Through her tight-knight relationship with her brother Gianni, Donatella was thrust into the fashion industry. In the eighties Gianni launched a perfume called Blonde which was dedicated to his beloved sister, Donatella. He even gave her a sub-label within the Versace brand called Versus.

July 15, 1997 Gianni was gunned down in front of his Miami mansion. After Gianni’s tragic death, Donatella become the head of design and Vice President of Versace Group owning 20 percent of the share. Her brother Santos Versace is the C.E.O. and owns 30 percent of the company. Donatella’s daughter Allegra inherited 50 percent of Versace Group. Donatella’s public relations experience and larger than life personality has helped to keep Versace as a top fashion brand even after the untimely death of its creator. Donatella is known for using A-list celebrities and super models on the catwalk and media advertisements like Beyonce, Madonna, and Demi Moore. Regular attendees to Versace fashion shows are Sir Elton John, Catherine Zeta-Jones, Kate Moss, and Naomi Campbell.

Donatella owns a two floor apartment in Milan, Italy that is lavishly decorated. From plush carpets, to colorful paintings, and detailed empire furnishings, her apartment exudes luxuriousness. Donatella has homes all over the world, and she never stays in one place for too long. I can’t forget to mention the five-star Palazzo Versace hotels that are springing up all over the globe. She’s such a jet-setter you never know where to catch her!

Donatella Versace Has Enough Net Worth To Buy:

Donatella Versace Has Enough Net Worth To Give Everyone In Pakistan $1.08.