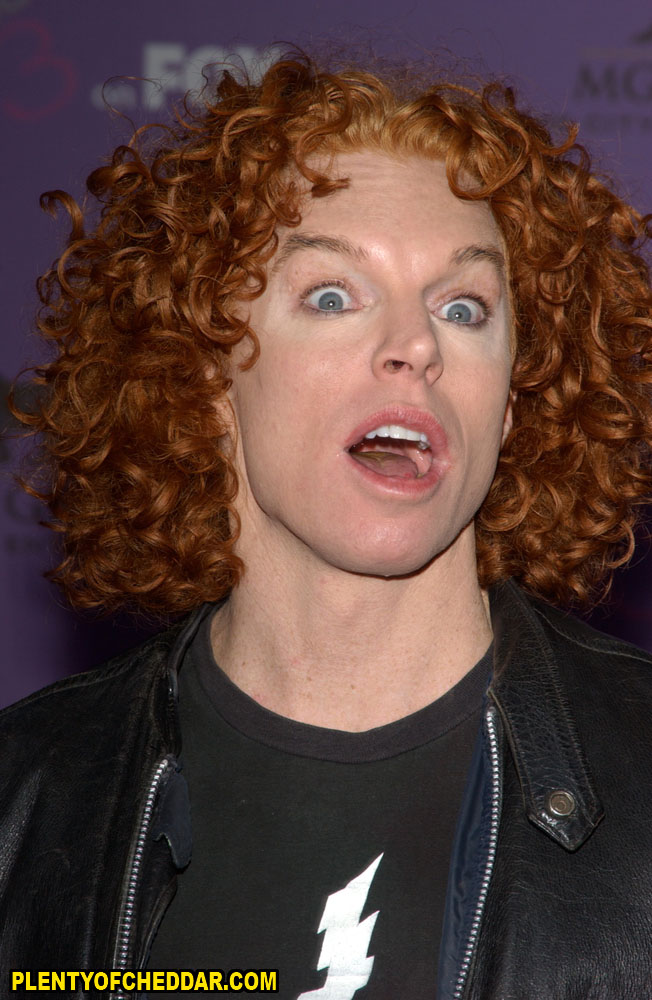 Carrot Top has an estimated net worth of $75 million

Carrot Top is an American stand-up comedian and actor with an estimated net worth of $75 million. Carrot Top is known by his bright red hair, use of props during his sets, and self deprecating humor. He is 5’10″ and weighs 215 pounds. Scott Thompson was born on February 25, 1965 in Rockledge, Florida. Born and initially raised in a small town in Florida, Carrot Top eventually moved to Cocoa, Florida – a seaside town – and would eventually graduate from high school in 1983. He attended Florida Atlantic University and got his first exposure to live stand-up comedy as a freshman when he performed with a classmate on an open-mic night.

Early on in his career, Carrot Top began to incorporate props into his act and this feature would go on to distinguish his routine from all other comics for the rest of his career. He made his first television appearance in 1991and he would get his big break the following year when he appeared on The Tonight Show. He celebrity would skyrocket in the early 1990s and he would go on to appear on a multitude of shows and comedy venues clearing the way for his introduction to the world of television and movies. He was cast in the lead of the 1998 film Chairman of the Board, and guest starred in numerous other movies like Dennis the Menace Strikes Again (1998).

Since hitting the big time, Carrot Top has been continually lampooned by other comics and entertainers, but his success has not been thwarted in the least. He would star in his own Cartoon Network show, Carrot Top’s AM Mayhem (1994-1996) and was announcer for the network until 1999. His stand-up appearances continue to be successes and since 2005 he has headlined at the Luxor Hotel in Las Vegas. He also appears regularly on Comedy Central Roasts and other special shows, as well as guest starring on all manner of shows and movies to the present. Carrot Top has never been married.

Carrot Top has an enough net worth to buy:

Carrot Top has enough net worth to give everyone in Turkey $1.