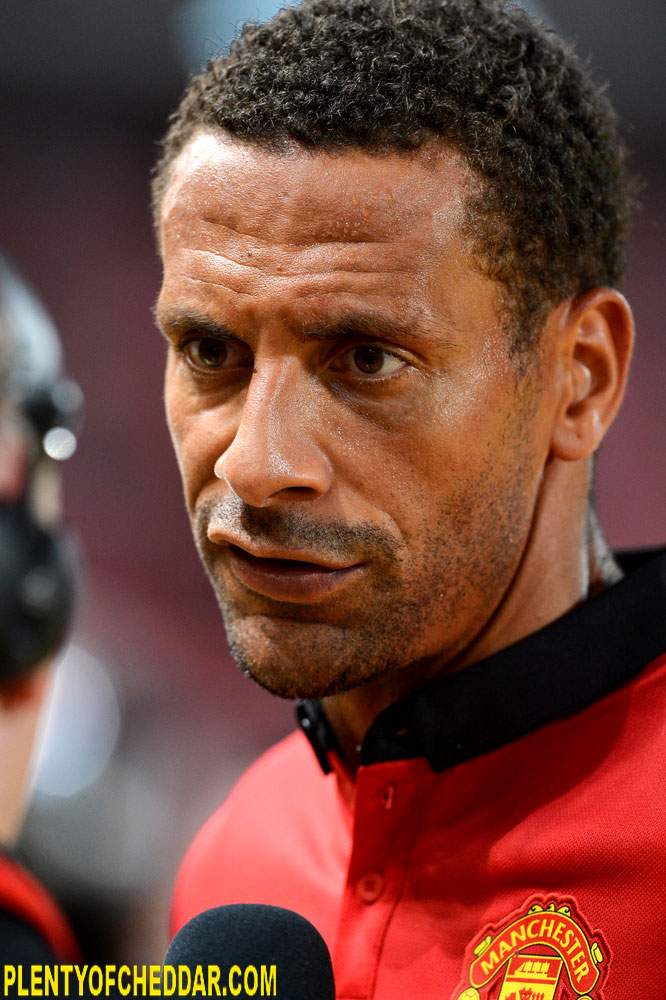 Rio Ferdinand has an estimated net worth of $62 million

Rio Ferdinand is an English footballer with an estimated net worth of $62 million. He is 6’2″ and weighs 192 pounds. Ferdinand currently plays centre-back for Manchester United. Rio Gavin Ferdinand was born on November 7, 1978 in Denmark Hill, England. His father was originally from St. Lucia and worked a tailor in London, while his mother worked in childcare. Although he grew up in a low-income neighborhood, Ferdinand skirted trouble through most of his youth by playing sports and performing in school. His brother, Anton, would also become a professional soccer player.

His footballing prowess was evident at a young age and he was sought after by the youth teams of several football clubs, including Chelsea, Charlton Athletic and Queens Park Rangers. Eventually, he settled on West Ham United in his hometown and joined their youth squad in 1992. As a youth, he played alongside future pros including Frank Lampard. He played for the English National Teams under 16 side. He made his first team debut in 1996 and the next season, 1997-1998, he was named the team’s player of the year at only 19. He then joined Leeds United in 2000 on a $24.5 million transfer, an English record at that point. Again, Ferdinand distinguished himself and in his two years it was obvious that he was headed to one of England’s “big clubs.”

Ferdinand was transferred to giant Manchester United in 2002, becoming the most expensive British player ever. In the next decade, Ferdinand would become the lynchpin of the most successful team in England over that time frame as they won numerous Premier League titles and European competitions, including the UEFA Champions League in 2008. He also played extensively for the English national team, earning 81 caps and playing in the 2002 and 2006 World Cups. Ferdinand has extensive pursuits outside of soccer, including hosting television shows like Rio’s World Cup Wind-Ups, executive produced films like Dead Man Running and a documentary about his hometown, as well as starting a recording label. Ferdinand has three children with girlfriend Rebecca Ellison.

Rio Ferdinand has an enough net worth to buy:

Rio Ferdinand has enough net worth to give almost everyone in the United Kingdom $1.