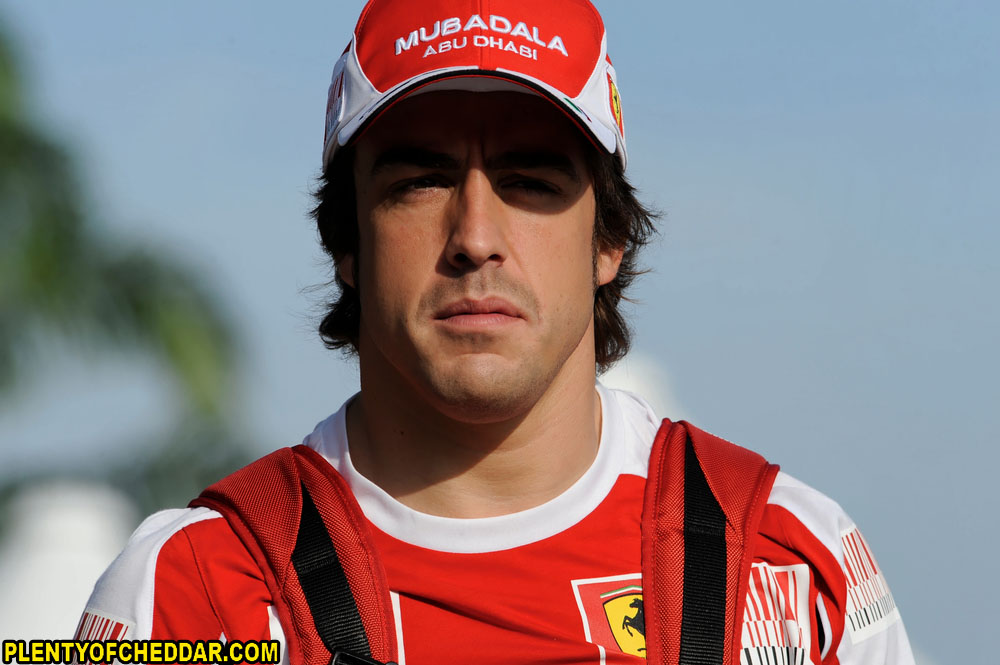 Fernando Alonso has an estimated net worth of $100 million

Fernando Alonso is a Spanish Formula One race car driver with an estimated net worth of $100 million. Alonso has won the Formula One World Driver’s Championship twice. He is 5’7″ and weighs 150 pounds. Fernando Alonso Diaz was born on July 29, 1981 in Oviedo, Spain.  Alonso started “driving” at the age of 3, when his father, who was a mechanic in an explosives factory, built his sister a go-kart. Although his sister didn’t take to the ride, Alonso was hooked and soon afterward would begin racing seriously.  He began winning Spanish karting titles before his teens and would win four consecutive from 1993 to 1996.

In 1998 Alonso tested in his first real race car and soon after was signed to race in the Euro Open MoviStar by Nissan series. He won his second race and would go on to win the championship that season in 1999. The following year, 2000, Alonso was bumped up to Formula 3000, typically the last stop before Formula 1 for a driver. Although he struggled initially, he finished second in the second-to-last race and won the season-ending race to place fourth overall in the rankings. The next year he would jump to F1 as he joined the Minardi Racing Team and would debut in the top-tier series in Australia. Although he struggled to adapt in his first year – and spent his second year as a test driver for his new team, Renault – in 2003 he would establish himself as a premier driver, winning his first race in Hungary and becoming the youngest ever driver to do so.

Alonso would vault to international fame two years later when he won the F1 World Championship in 2005, after winning 7 races with 15 races in the top 3. At 22, he was the youngest ever champions and followed up the feat by winning his second consecutive championship in 2006, with an equally dominant performance.  Since then, Alonso has been among the highest profile racers in the world, switching between the most recognizable teams. Although he hasn’t won another F1 championship, he continues to win multiple events every year and has finished second in year-end standing three times (2010, 2012 and 2013). His status as a top F1 driver has come with the requisite celebrity profile and in 2006 he married a Spanish pop singer, although the divorced in 2011. He is currently dating Russian model Dasha Kapustina.

Fernando Alonso has an enough net worth to buy:

Fernando Alonso has enough net worth to give everyone in Vietnam $1.10.