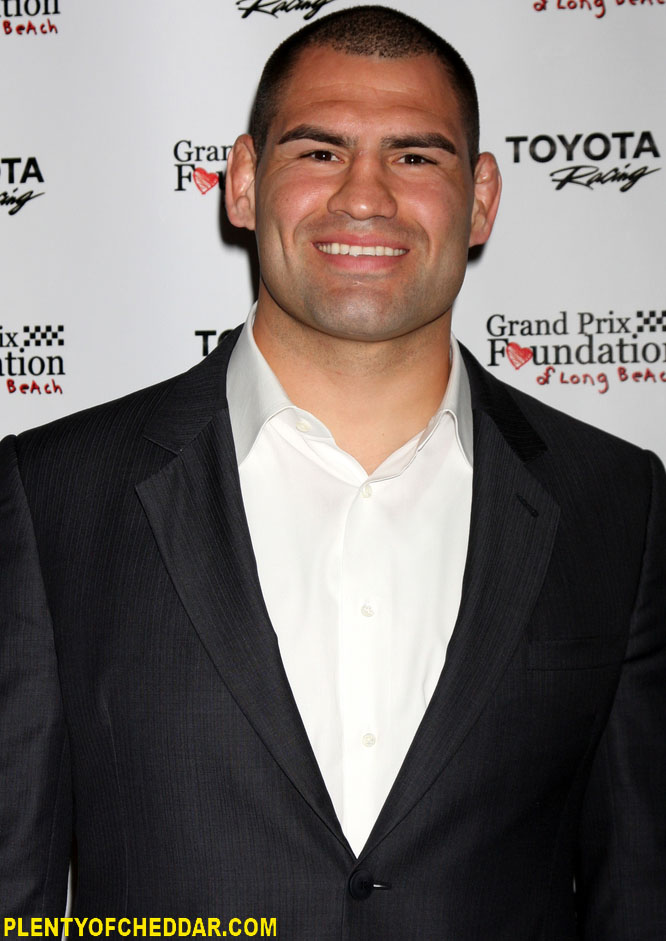 Cain Velasquez has an estimated net worth of $900 thousand

Cain Velasquez is an American mixed martial artist with an estimated net worth of $900 thousand. He is 6’1″ and weighs 241 pounds. Cain Velasquez was born in Salinas, California on July 28, 1982. Velasquez was raised in Yuma, Arizona where he attended Kofa High School. During his high school years, Velasquez compiled an impressive wrestling record on 110-10. He also won the Arizona 5A Wrestling Championship twice.

In 2001 Cain Velasquez entered into Iowa Central Community College. He wrestled with them during the 2001-2002 season. Velasquez won the NJCAA National Heavyweight Championship that year. Afterwards, Velasquez transferred to Arizona State University  and he wrestled with the Sun Devil for three seasons. He compiled a record of 86-17 and ended up ranked No.4 in his division in 2006.

After college, Velasquez began his mixed martial arts career when he joined the American Kickboxing Academy.  Velasquez made his MMA debut on October 7,2006 in a fight against Jesse Fujarczyk. He won the fight by TKO in the first round. From then on the newcomer knocked out Brad Morris, Jake O’Brien, Denis Stojnić, Ben Rothwell, and former interim UFC Heavyweight Champion Antonio Rodrigo Nogueira. After the fight with Nogueira, Velasquez won the “Knockout of the Night” honor.

After the Nogueira fight, Velasquez moved up to the UFC Heavyweight Championship fight against then-champ, Brock Lesnar. Brock Lesnar got knocked out by Velasquez in the first round. Again, he won the ”Knockout of the Night” honor.

He is a brown belt in Guerrilla Jiu-Jitsu and black belt in Brazilian Jiu-Jitsu. Velasquez utilizes a powerful techniques to dominate and take down his opponents. He doesn’t typically use chokeholds, locks, or grappling submissions to get higher scores. He usually wins from striking his opponents with strong punches. Cain Velasquez is a two-time UFC Heavyweight Champion.

Cain Velasquez has enough net worth to buy:

Cain Velasquez has enough net worth to give everyone in the country of Cyprus $1.